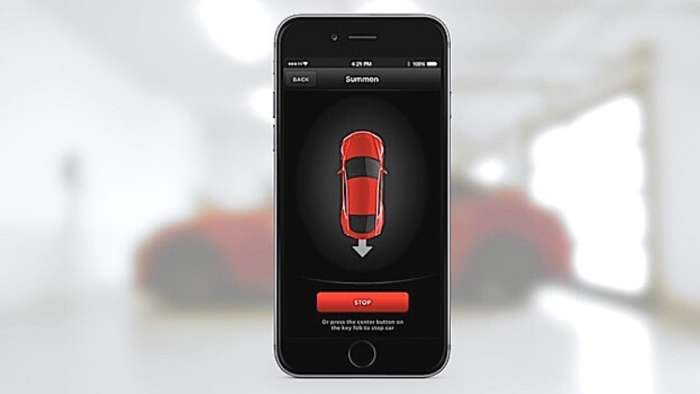 Tesla Smart Summon As We Know and Love It

There’s no denying that the current Tesla Smart Summon feature is cool and a step in the right direction for solving at least some parking problems. Smart Summon available in vehicles equipped with Autopilot and FSD, is advertised to help owners safely navigate from outside their vehicle into and out of narrow parking spots---especially within tight space home garages.

No longer will an empty parking space need to be skipped just because there is not enough room for you to open the door to get in or out. However, there’s no guarantee the neighboring car won’t ding your door in retaliation. However, even other automakers such as the 2020 Sonata has a Tesla-like Summon feature called "Advanced Smart Park Assist."

Note the emphasis on near-by. There appears to a distance limitation over which Smart Summon can be…well, summoned. Furthermore, current safety laws regarding autonomously controlled types of vehicles require the owner is responsible for directing the vehicle while maintaining a view of the car in action.

Furthermore, reportedly not all of the bugs are worked out of Smart Summon control when it comes to detecting some traffic conditions and low lying curbs. However, it’s just a matter of time before these fixes are implemented in Smart Summon.

A definite upgrade to Smart Summon is Reverse Summon---a feature that would allow a Tesla to drop off its passenger at a desired location, and then drive away in search of a parking space saving the vehicle occupants time, and from the stress of finding a parking space. Again, you would expect this feature only in Tesla vehicles equipped with Autopilot and FSD.

Here is an informative video about Reverse Summon from last year:

Torque News: Tesla Will Drop You and Find Its Own Parking by Year-End 2020

Where is Reverse Summon?

It’s been a year since the YouTube video and only a few months since the last news report discussing what Tesla’s Reverse Summon will do for us. So, where is Reverse Summon? Best guess it is still on the drawing board as Tesla works on higher priority core design issues of its Autopilot-FSD system as reported when Elon Musk provided a new update on Tesla's FSD V9.

Personally, I would be very happy if Elon Musk could just provide us with a jet pack with each Tesla until Reverse Summon happens to solve parking problems. But I digress.

A Possible Solution to Getting Reverse Summon in Our Tesla’s

A recent news article from Smart Cities World tells us that “Sidewalk Labs has launched what it claims is a low-cost, easy-install, privacy-preserving vehicle sensor to help manage parking.”

Approximately the size of a hockey puck, the solar powered sensor can be placed at a parking space and used to transmit data through a cellular network alerting drivers about whether a parking space is empty or occupied.

Introducing Pebble by Sidewalk Labs: A low-cost way to manage parking and curbs in cities

Named “Pebble,” Sidewalk Labs states that their sensor can operate for years on standard settings and has already undergone rigorous real-world testing to ensure accuracy and reliability. The creators of the sensor report that:

Once in position, Pebble sensors simply relay the presence (or absence) of a vehicle in real time. The system uses no cameras or other ways to identify a person or vehicle. “Consistent with our approach to data minimization, there simply wasn’t a need for such data to achieve the goal of vehicle detection,” writes Willa Ng, director of mobility, Sidewalk Labs in a blog. “We’ve also started thinking of ways to extend this privacy-sensitive approach to parking payment and permits.”

And there we go. If Tesla incorporates what should be an easy addition to their Autopilot-FSD software and encourages businesses to install the Pebble or a similar device in their parking lots, then just think of how an important component like this would add to Reverse Summon capabilities and potentially solve some issues that are slowing down its implementation!

“[The] list of potential use cases for a product like Pebble is by no means exhaustive,” said Ng. “We think a low-cost, easy-install, privacy-preserving way to measure parking and curb space can help get any number of new ideas for more sustainable and innovative cities off the ground.”

For more about some outstanding Tesla features, here's an entertaining article about how much G-force your body will experience riding from 0 to 60 in a Tesla SpaceX Package Roadster.