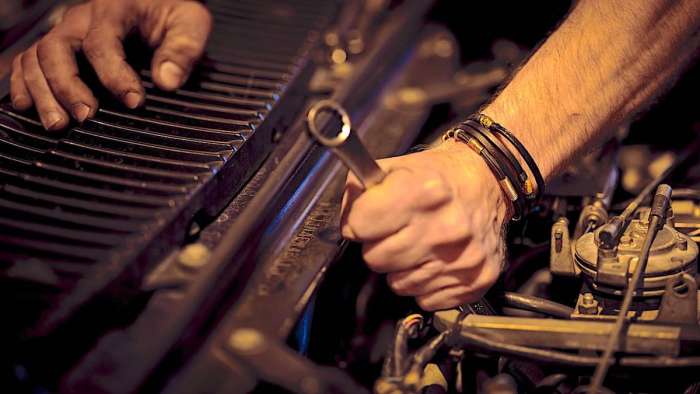 Repair Scams Only Another Mechanic Could Catch

Remember that old catchphrase that it takes a thief to catch a thief? Here’s a good example of a clever car repair scam that could only be uncovered by another car mechanic with diagnostic detective skills that could rival Sherlock Holmes’ skills if he were a mechanic.
Advertisement

In a recent Rainman Ray’s Repairs YouTube channel episode, Ray takes us along on a car repair mystery brought to him by a vehicle’s owner who was having some odd problems develop in his 2007 Chevrolet Suburban shortly after having it serviced. When the vehicle was returned to the same mechanic, the owner was told that he now needed a new fuel pump and computer to resolve the new issues. For reasons that are unclear, the owner turned to Ray to ask for his opinion with full documentation of what he finds.

At first this looked like a story about a mechanic having to repair another mechanic’s repairs in order to get a vehicle running correctly as it should. This is a common problem many mechanics have to face where the work done on a vehicle has to be sorted out before tackling the real cause of an engine and/or a tricky transmission problem.

However, as we follow Ray on this misadventure, we become privy to some oddities Ray finds, which leads him to eventually conclude that the vehicle had been cleverly abused to the point where the vehicle will still run, but would have the owner return for more repairs.

That said, here is the video in its entirety; however, since this video is rather long, you can watch time point sequences 00:00 to 22:20 and then pick it up again from 38:45 to the end of the video in order to save time and watch only the events germane to the story by skipping over some less essential parts of the video---such as Ray swapping out the old transmission fluid.

What we can learn from the video is that it pays to be a little suspicious and vigilant whenever something seems off about a car repair or service---especially when shortly after servicing, your vehicle develops new problems. However, the point is well-made that not all mechanics, service centers, and technicians are bad and out to cheat you with bogus repairs. Time-share salesmen, however, are another story.

For example, I think Ray is right in that too often mechanics and service technicians undeservedly get a bum rap just because we tend to focus on the bad news more than we do when something good comes out of service and repair. However, car service scams abound and we have to find some middle ground with our views.

For myself, I admit that I take my wife’s beloved KIA to be serviced per her little service booklet they gave her the day she bought her car new, which she has faithfully followed each and every recommended maintenance check and service at the KIA dealership service department. I am not allowed to even change her car’s oil myself although I’ve done it for decades when we had a shared family vehicle. If you are married, you can understand this is one of those compromises husbands who work on cars learn to make.

However, I do keep an eye on what is done: I always check the oil filter and oil condition afterward to ensure it has been done. I secretly mark tires and other components to ensure the correct rotating was done and parts are actually replaced with new OEM parts and not just cleaned and re-installed; I measure the brake pads; I’ve even at times lightly dusted the engine in strategic spots to determine if someone really did at least touch where they should be touching during maintenance checks and repairs. Yes...I probably do have too much time on my hands.

But the point is that the mechanics and service techs at Superior KIA in Cincinnati have never done us wrong over the years and I believe that they are a class act. Thank you Superior KIA of Cincinnati---you are one of the good garages.

For additional articles about car maintenance and repair, be sure to check out these useful articles that discusses “Car Battery Maintenance, Testing, and Replacement With This Ultimate Guide” and, “Toyota Service Department Mechanic Explains Latest Car Dealership Scams”

COMING UP NEXT: Mechanic Helps Car Buyers Find The True Value of a Used Car

Jorene Cicero wrote on November 11, 2021 - 1:23am Permalink
2003 Mercedes E320 shift problem. After starting car, put in drive okay but then will only shift to neutral not reverse or park. Must put in neutral, turn engine off, then put in park. Also car stays in limp mode. Replaced the small battery. I need advice.
Timothy Boyer wrote on November 11, 2021 - 2:54pm Permalink
Could be a sensor problem; however, since this is a safety issue I would strongly recommend having this checked out ASAP by a minimum of two garages experienced with European cars and compare what they say and compare their estimates. Good luck with the repair.

LG's New EV Battery Plant Is a Welcome News for Tesla
Tesla Giga Berlin's New Hurdle: It's Not Only the Gov't, but Now Tesla Itself
END_OF_DOCUMENT_TOKEN_TO_BE_REPLACED