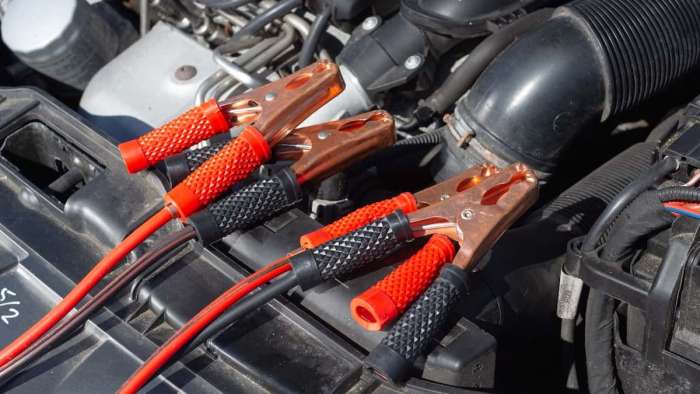 Car Battery Maintenance, Testing, and Replacement With This Ultimate Guide

How do you tell if a battery cell has gone bad as opposed to the battery simply having lost some of its charge because your car has not been driven in a while? Discover the answer to this and other questions from a highly recommended ultimate guide on how to maintain, test and replace your car battery with nothing more than some simple tools and an inexpensive multimeter. Plus, a few caveats many car owners are not always aware of when testing batteries using a multimeter.
Advertisement

“It Must Be a Dead Battery”

Dead battery---what do you do? Too often when someone cannot start their vehicle due to the engine fails to turn over---or turns over weakly---the owner assumes the battery has gone bad and they immediately go to a nearby automotive parts store to pick up a new battery.

The majority of the time this will work. However, it may have been unnecessary and costly because the owner did not take the time to ensure that the problem really did lie with having a battery that went bad. And, it might have been remedied with a simple fix.

More precisely, it’s not always just a “bad battery” that could be the source of the problem. It could also be an alternator-related problem; or, a problem due to a parasitic drain such as a glove box light left on when the box door was ajar.

The following is a summary broken up into two parts of basic and advanced battery maintenance summarized from the popular YouTube automotive channel “ChrisFix.” From it, we will go over the first part of basic car battery maintenance every car owner should know and practice. Plus, we will touch on some caveats that many car owners miss when it comes to testing a battery’s true voltage.

Afterward, you will be encouraged to turn to the video and try out some of the more advanced car battery maintenance techniques from the video that---believe it or not---are among a number of car maintenance projects within the abilities of most car owners.

That said, let’s get started.

If the reading is 12.4 to 12.6 volts, then the battery is fully charged. If the reading is significantly lower at 10.5 volts, then you might have a bad cell since with 6 cells---each providing 2.1 volts of power each---a bad cell would cause a reading of roughly 2 volts less than fully charged. While this is a good indication of a bad battery cell, it could just be a coincidence and the fault(s) lie elsewhere. In either case, a second multimeter test is needed if the multimeter shows the battery is not fully charged.

After 2 hours, you might see that the voltage readings on both meter faces show a fully charged battery at 12.2-12.4 volts. However, this can be misleading since power is constantly applied to the battery. To find out if the previous voltage reading was low and hinting at a bad cell, turn off the charger and watch the multimeter reading. If the reading drops rather quickly back to the low voltage reading of 10.5 volts, then it is likely a bad cell problem with the battery. If the battery holds its charge however, then the battery is not likely the problem.

Caveat Warning: However, there are caveats to step 4. Just because after charging the battery and observing a fully-charged indication on your voltmeter, this does not guarantee a healthy battery. In fact, your car’s electrical system could be “holding” a temporary charge causing a false reading. Some automotive sites recommend waiting an hour before retesting your battery with a multimeter so as to get a measure of the battery’s true resting voltage.

But more to the point, you cannot really get an accurate battery voltage reading connecting a voltmeter directly to a battery. For more accuracy, the battery needs to be under an electrical load to test its actual health.

A caveat to a caveat---with all of this said and done, there are times when a battery will foil your best testing techniques with a simple multimeter. Sometimes batteries will be at a---for lack of a better explanation beyond this article’s focus---“going bad” stage just temporarily and interfere with your testing. There could be a bad cell plate that is just barely connecting (or shorting) and causing some skitzy results.

A better test is to take an actual battery voltage indicator with a built-in load source to check the health of a battery. In this case, it is preferable to put the multimeter aside and buy a true battery tester and/or go to your local automotive parts store where they will likely test your battery on their equipment for free. I would recommend that they show you what their battery tester shows on its display just to be sure before committing to buying a new battery.

Where To Go From Here

Hopefully by this point you have learned something new or useful and are motivated to learn even more. Here is where I would highly recommend turning to the video below and learn not just some good techniques about how to remove a battery, choose a battery and install a new battery, but also how to diagnose whether your battery problems are due to a faulty alternator, a faulty connection between the battery and the alternator; or, if there is a hidden mystery electrical drain sucking the juice out of your battery over time like a Brahms Stoker character.

For more about weak or dead battery-related fixes, discover one important simple tool all Tesla owners should carry to revive a dead Tesla.

For more about DIY car maintenance, here are some recommended articles on changing your transmission fluid and why letting a garage rotate your tires for you could result in damaged brakes.

Photo by Daniel on Unsplash