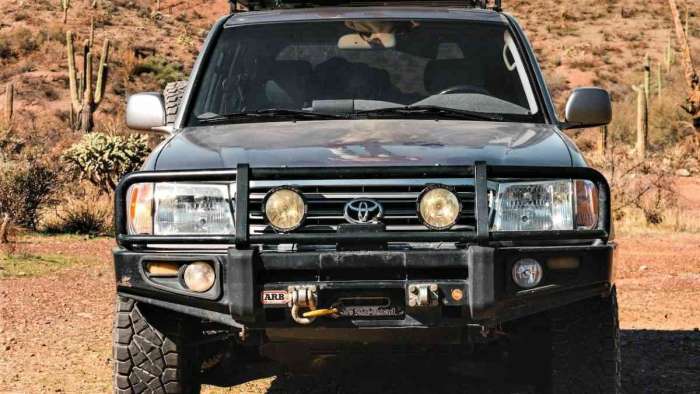 Looking for a used Toyota that has one of the most reliable engines ever produced by Toyota? Then you will want to see this Toyota show and tell by a Toyota mechanic who says this engine is a little-known legend that is remarkable when it comes to reliability and needing fewer repairs than other engines during its lifetime when maintained properly.
Advertisement

When shopping for a used Toyota car that has a history of reliability and relatively lower parts and repair costs, car shoppers tend to hear only about the models that are commonly known by most people---the Corolla, the Camry and sometimes the Avalon.

But does this mean that that’s it when it comes to Toyota model choices? Not necessarily according to a recent Car Care Nut YouTube channel episode where its host reveals a 1999 Toyota 4Runner choice that possesses a little-known legend of an engine that no one talks about but does make a big difference when it comes to reliability: the 5VZ-FE 3.4L V6 engine.

Related article: The Best Used Car (Almost) No One Knows About

According to the host the reason he believes why this model has not received the attention it deserves is because of a predecessor engine---the 3VZ---which had proven to be problematic and may have scared off potential 4Runner shoppers.

Related article: Consumer Reports on How to Assess a Used Vehicle’s True Value

Engine reliability aside, however, is a 1999 Toyota 4Runner or other model with the same engine the right used car choice for you? It might be---as long as you understand that with all used vehicles you can expect to have to have some repairs done regardless of what you may have heard about a certain model.
:

That said, the value of this video is that not only are you alerted to a historically reliable engine, but the video shows what a post-buying inspection reveals on what repairs are needed due to normal wear and tear in a vehicle that has been well-maintained for the past 23 years.

In addition, the host does a comparison between a 3rd and 5th generation of 4Runner that can be informative when trying to decide between different years of Toyota 4Runners and whether an older model is the right choice for you…or if you prefer something newer.

This is One of Best Toyota Engines Ever Made That No One Talks About! And A 4Runner Comparison!

• Used Cars with Serious Transmission Problems to Watch Out For

COMING UP NEXT: Crazy Way to Cut Your Car Repair Costs in Half that Works

Tesla Contemplates A New Strategy for China Retail even As Sales Boom
Jay Leno on Elon Musk & EVs: “I Think He Should Get ... Credit"
END_OF_DOCUMENT_TOKEN_TO_BE_REPLACED