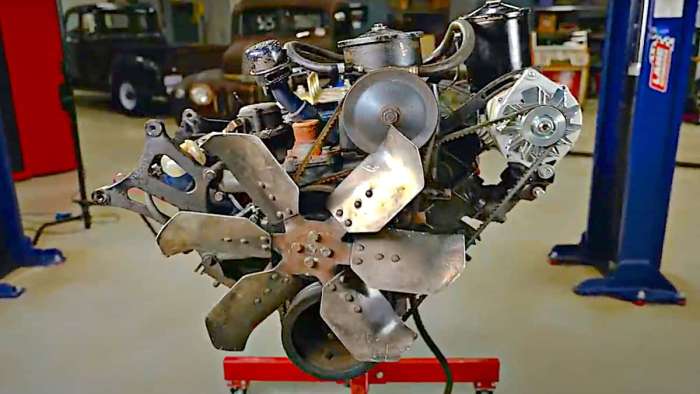 Here’s the latest on just how far some mechanics will go to scam their customers when an engine rebuild goes bad and the mechanic tries to hide his mistakes rather than fess up to a bad repair. Plus, the most important thing you need to know before agreeing to an engine rebuild.
Advertisement

When an Engine Rebuild is Needed (or Not)

Today, we are touching a little more on when an engine rebuild is needed (or not) from a recent video from the YouTube channel FordTechMakuloco, where the host Brian in an earlier article demonstrated what dealerships don’t want you to know about used car inspections.

In this recent episode, Brian shows us what he believes happened when a customer came to him with a car that had reportedly had its engine recently overhauled by a different garage, but now was continuing to have engine problems in spite of the fact that the engine was newly rebuilt.

This is a real-life example of a hard lesson learned by a car owner who although he did research to find a good mechanic, still wound up with not just bad service, but was scammed by the mechanic into believing his engine was truly repaired through some mechanical artifice.

Special note about the video: If you are a non-mechanic car owner, be sure to watch the entire video that demonstrates Brian’s diagnostic detective work that leads to his conclusion and advice at the end of the video. Although it may cover some unfamiliar diagnostic scan results for the non-mechanic, the overall attempt by a mechanic to hide a bad repair eventually becomes apparent by the end of the video.

That said, here is some sound advice from Brian as uncovers what likely happened in the scam and passes on some very important points to car owners needing an engine rebuild and what they can do to avoid being scammed as his customer was by another garage.

The Lengths Some Automotive Shops Will Go, to Cover Up Their Mistakes!

This video makes the point that not only is it necessary to find a good mechanic, but when it comes to engine rebuilding---you have to find one who is experienced in your particular engine. In addition---as Brian showed---a good and honest mechanic will help you weigh the costs and benefits of rebuilding an engine over switching a damaged engine with a remanufactured one instead. And, that when you agree to an engine rebuild that the mechanic itemizes exactly what parts are replaced with OEM parts and not aftermarket or attempting to reuse original parts that should be replaced in an engine rebuild.

For additional articles about repair-related scams, here are two selected ones about “Two service center mechanic scams that are easy to spot if you know where to look under the hood” and “The most important used car scam everyone should be aware about.”

Thomas Russell wrote on October 27, 2021 - 9:58am Permalink
Love your video. I had a very similar thing happen to my 2006 Ford F-150 5.4 . I was going to replace my cam phasers my self being a former auto tech, but I tore the ligaments in right hand and couldn’t do it. I took vehicle to dealership in Ohio where I was living at. I told them I was doing this a preventive maintenance because you could hear the noise from the phasers. I paid almost 4 k to have work done. I drove to Norfolk Virginia and veh. Started acting up. Would go over 50 then 35 mph on highway. I then had to take veh to Norfolk Va. they said it was multiple misfires. They said the aftermarket (axcel coils were causing misfire on two cylinders. They wanted me to pay 600. I told them that wasn’t happening.I had them call Ohio dealer and they paid for it. (Mind you when I originally had work done the had truck for over 6 months he quit working there because of the times I had taken it back at least 5 to 6 times.). I drove 600 miles back home it happened again. I drove immediately to dealer and I was pissed. I told the manager to bring the tech out here that was going to work on it. The new tech came out . I asked him to do a favor for me and he said what I told him it was coil related that I wanted him to take off passenger side valve cover and he did . It was number 5 rocker arm laying in there. Once they fixed that the truck was good for almost 300 k miles.

LG's New EV Battery Plant Is a Welcome News for Tesla
Tesla Giga Berlin's New Hurdle: It's Not Only the Gov't, but Now Tesla Itself
END_OF_DOCUMENT_TOKEN_TO_BE_REPLACED