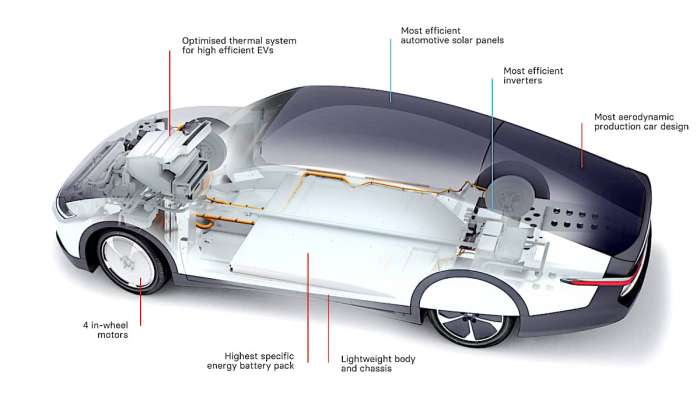 Should Tesla be looking over its shoulder? Here’s a newcomer that claims to be the most efficient electric vehicle in the world with at least one game-changing deal breaker feature that buyers are looking for in an EV.
Advertisement

A recent post on Reddit by Reddit user u/linknewtab just a few hours ago linked to an interesting video of the Lightyear One Performance EV in Europe that claims to be the most energy efficient vehicle in the world. So much so, that it appears to be surpassing Tesla’s Model S Plaid with respect to distance traveled and with a self-charging capability via its built-in solar panels. 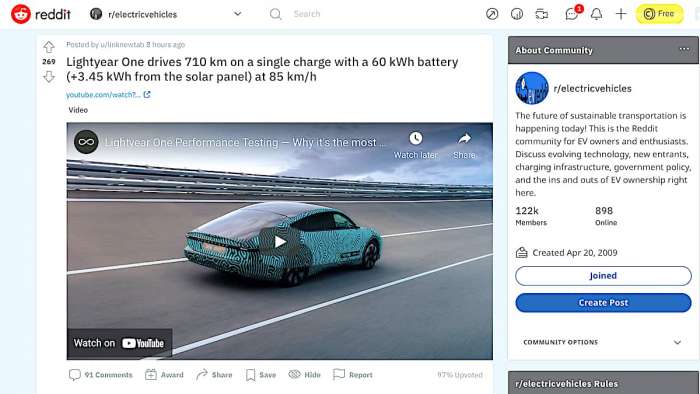 According to the Lightyear You Tube channel, the Lightyear One was tested at the Aldenhoven Testing Center in Germany, where within the first week of testing, “…we drove over 440 miles (710 kilometers) on a single battery charge of 60kWh, showing that we are building the most efficient electric vehicle in the world.”

The Lightyear One is a long range solar electric vehicle designed to be grid independent and to drive anywhere without the need for an external charging station up to months at a time. A design with unique vehicle architecture and technology with high efficiency in mind, has led to the development of a truly remarkable EV that its makers claims consumes only 83 Wh/km — two to three times less energy than any other electric vehicle on the market today.

Because of its design, it has exceptional range, the lowest emissions, and the lowest charging frequency---which could be the “Big Three” of deal-breakers for new EV customers over choosing a Tesla.

Lightyear One Performance Testing — Why it's the most efficient electric vehicle

Is The Video About Hype or Accuracy?

If you follow the Reddit posts about the video, it looks like there is certainly some combination of hype clouding the accuracy in the video and what the makers of the Lightyear One state about their solar electric vehicle. Yes, the tested driving conditions are not the same as actual road tests. Yes, driving at a sub-lower level speed limit is impractical and dangerous in the real world (at least in the US). And yes, the claim of going several months without external charging sounds unlikely in what is revealed in their solar electric vehicle so far under real-world driving conditions.

Still, however, it is an achievement worth noting and paying further attention to when the Lightyear One Performance is eventually pitted against other EVs in a non-track road test. Furthermore, so what if there is a little hype mixed in the message?! They are just excited about what they've built---and should be. Is Tesla really any different?

Speaking of which, should Tesla be worried? Probably not, because not only do EV buyers with range anxiety want cars that can run seemingly endlessly without having to worry about their next charge, but they also want performance---and Tesla has proven itself with that above all others.

Perhaps now is the right time for Tesla to develop their own solar electric model and provide something for everyone.

Coming Up Next: See how Tesla does in a recent race against several other EV models.

DeanMcManis wrote on July 12, 2021 - 5:14pm Permalink
I like the cool Lightyear One, but I am buying an Aptera because I only need 2 seats for my daily driving, and I will still get 400 miles of EV driving, plus an extra 40+ miles added from solar power, and my Aptera will cost $140,000 less.
Timothy Boyer wrote on July 13, 2021 - 9:48am Permalink
You are right. Aptera is an excellent EV. Plus, who could argue against the cost savings?!