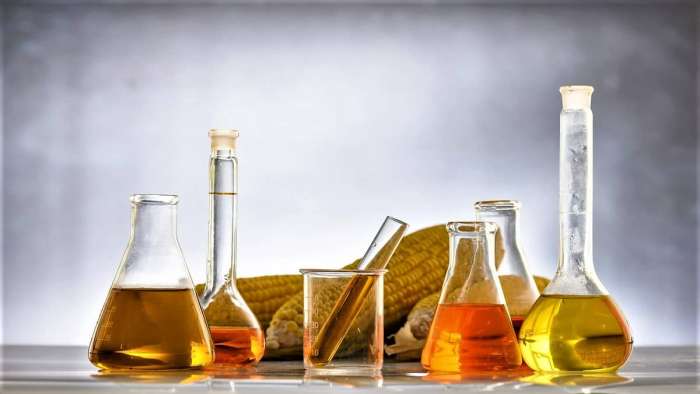 Automotive Expert Explains Why Car Owners Should Not Use E10 Fuel

A new study shows that adding ethanol to gasoline is a bad idea as explained by this well-known automotive expert who makes a strong case against ethanol from corn being added to our E10 fuel. The kicker…it’s likely not what you think is the real problem that should have us worried.
Advertisement

In an earlier article we learned something about how 85 octane fuel can destroy your engine and void your warranty by a well-known automotive expert on the Engineering Explained YouTube channel. Today we will touch on another fuel-related article that questions the wisdom of adding ethanol created from corn to various grades of gasoline that we pump into our cars daily.

The majority of gasoline sold at the pumps to fuel our cars is E10---a 10% ethanol additive to gasoline that is distilled from corn and is touted for its biodegradable non-toxic properties and its ability to produce cleaner exhaust emissions. All of which are important for better air quality. Some pumps provide E15, which is 15% ethanol, and there has been some argument that we should go even higher based solely on ethanol’s clean-burning properties as a fuel.

However, opposition to adding ethanol to our gasoline has been voiced over concerns such as:

• You get less mileage with ethanol-added gas over non-ethanol added gasoline.

• Ethanol-free gas can last up to six months whereas E10 gas has a maximum three-month shelf life.

• Ethanol can result in contaminating the gasoline in a tank with moisture resulting in poorly burning fuel and premature rusting in the gas tank.

While today, fuel efficiency and the argument over buying fuel sippers over gas guzzlers is a hot topic due to the rising costs of gasoline at the pumps and possibly making the first concern a higher priority regarding the ethanol/non-ethanol gas question, another pressing concern typically posed is whether ethanol in your gasoline is actually damaging your car’s engine.

Related article: Consumer Reports Car Experts Have This to Say About Whether You Should Pay More on Synthetic Oil for Your Oil Change

To help alleviate fears of engine damage comparing pure gasoline to a range of ethanol or other alcohol formulations in gasoline, here is a video from the past by Engineering Explained that discusses and shows tests illustrating the effects ethanol has on a gasoline-burning engine.

Is Ethanol Bad for Your Car's Engine?

A Better Reason Why Ethanol Should be Banned from Gasoline

As it turns out, there is a better reason for banning adding ethanol to gasoline that has nothing to do with engine life…but does affect our environmental life.

According to the show’s host, “In this video we are going to explain why corn-based ethanol is a dumb idea to use for fuel in your car.”

Here is the video in its entirety which should have all of us rethinking whether we should support the continued adding of ethanol to our cars’ fuel:

Should we then begin to insist on fueling our vehicles with non-ethanol gasoline? The best advice at this time is to understand that this is only one study that is sure to lead to additional studies that will either support or refute whether pervious impact studies are accurate regarding the savings ethanol can imbue on environmental carbon levels. As pointed out in the video, biofuel sources other than corn (such as sawgrass) may prove to have a markedly less carbon impact and thereby make biofuel added gasoline a good choice over pure gasoline.

Another consideration—especially for modern cars---is that it is prudent to use only the fuel that is recommended by the manufacturer as today’s engine are designed and tweaked for a specific fuel type. Switching to a non-alcohol gasoline for an ethanol-added gas designed engine could potentially adversely affect performance and engine reliability.

For more Engineering Explained car video articles, be sure to check out the following linked articles that offer some very useful and entertaining information on engine performance such as these two popular “Subaru Crosstrek Engine Oil Analysis After 3,000 Mile Test” and “Doing the Math on a Tesla Roadster 0-60 in 1.1 Seconds Claim and What Was Determined” articles.