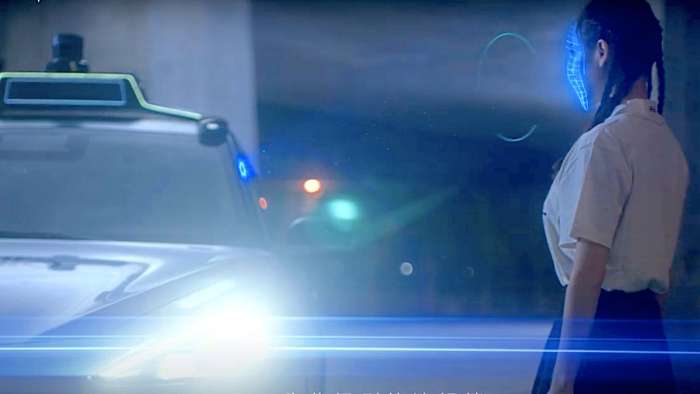 China’s Robotaxi manufacturing is winning the race toward making the adoption of autonomous vehicles and smart transportation available for the public worldwide…and here’s how.
Advertisement

Earlier last month we reported that the Google-equivalent of China---Baidu---announced that they will release 3,000 Driverless Apollo Go Robotaxis in 30 Cities in 3 Years.

This month we learned that through a partnership with electric vehicle brand ARCFOX, that a mass-produced fifth generation of robotaxis named “Apollo Moon” has resulted in a significant cost reduction to a manufacturing price of approximately $75,000 per car. In comparison, the cost of an average Level 4-capable EV is approximately three times higher!

The significance of this partnership is that it is creating a manufacturing achievement in cost reduction that will make Baidu the leader as the driving force behind the adoption of autonomous vehicles and smart transportation for the worldwide public.

“Through this project, ARCFOX and Baidu will work together to explore the forefront of cutting-edge autonomous driving technology. With ARCFOX’s advanced automotive platform, we are well equipped to bring Baidu's newest generation of autonomous driving technology to life. At the same time, ARCFOX and Baidu are also developing the next generation autonomous driving products. As self-driving cars change the future world of transportation, our goal is to bring users a smarter and more convenient travel experience. ARCFOX actively pioneers the field of autonomous driving, working closely with leading partners in the industry to create new experiences through the exploration of advanced technology,” said Yu Liu, Chairman of the Board of BAIC BluePark New Energy Technology.

This adoption will appear primarily for now in the use of robotaxi ride hailing services where through an Apollo Go robotaxi app on a smartphone, users will be able to “hail” a taxi that is capable of navigating to and recognizing the user upon arrival. The cost of a ride will typically cost about 5 dollars U.S.

The Apollo Go robotaxi is currently rated as a Level 4 autonomous vehicle with the following specs and features:

• 5G cloud driving and V2X will also be supported.

• An electronic display is attached to the sunroof to exhibit the status of a robotaxi and allows passengers to identify their ride from afar. In terms of passenger convenience.

In Europe it should be noted that Level 4-capable vehicles fitted with lidar, radar and stereo cameras and integrated with Oxbotica’s autonomy software platform are currently being tested in multiple European cities this summer. During the trials, a professionally trained safety driver will be in the vehicle, capable of resuming control, if necessary.

The Apollo Moon is Coming to the Olympics

The Apollo Moon’s manufacturer states that through using shared---but independent---R& D departments through the partnership, that now in comparison with its predecessors, the overall capabilities of Apollo Moon will have improved tenfold with a 99.99% success rate of ride-hailing in complex urban cityscapes.

"As early as 2017, Baidu and BAIC Group entered into a strategic partnership. Both sides share the same goals and insist on independent R&D to promote the development of autonomous driving in China. The launch of Apollo Moon is an important breakthrough signifying the powerful linkage between China's leading autonomous driving technology and the most advanced smart vehicle platform, marking a landmark step in the field of robotaxi ride-hailing services globally," said Zhenyu Li, Senior Corporate Vice President of Baidu and General Manager of Intelligent Driving Group (IDG).

Thus far, the Baidu Apollo Go robotaxis have already registered over 6.2 million miles of Level 4 driving. The vehicles were manned physically as reassurance to new users; however, were under instructions not to touch the steering wheel while vehicles operated autonomously. When the latest Apollo Moon vehicles hit the roads, they will be as driverless Level 5 Apollo Go robotaxis available in at least 30 cities to provide paid services to the public.

It should be noted that the differences between Level 4 and Level 5 autonomous driving are only relatively minor where Level 4 is described as where the vehicle can intervene if things go wrong or if there is a system failure and does not require human interaction. However, a human still has the option to manually override. Currently, Level 4 automation is allowed only under specific conditions and roadways as it was tested in public in China last year to ensure its safety.

In comparison, a Level 5 vehicle does not require human attention at all; may or may not even have steering wheels or acceleration/braking pedals; and, will be able to go anywhere and do anything that an experienced human driver can do.

Rollout of a fleet of 1,000 Apollo Moon Level 5 robotaxis is expected within three years. At present time, Baidu robotaxis can be ridden in Beijing’s Shougang Park--- one of the venues for the 2022 Beijing Winter Olympics where Apollo Moon will be transporting visitors at the games.