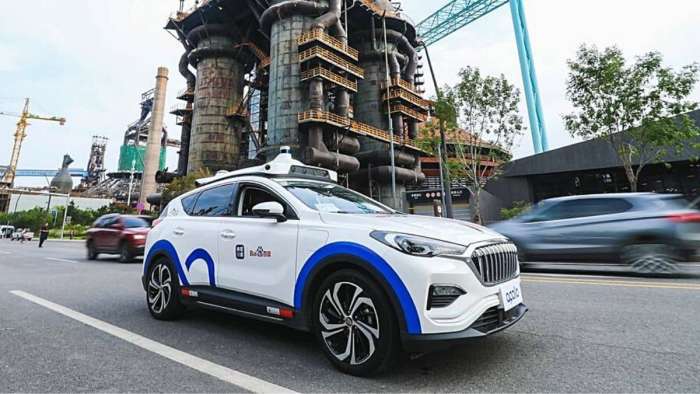 When it comes to robotaxis you have probably heard about Tesla robotaxis because Elon Musk has envisaged a robotaxi network with vehicles that can park and plug in themselves using Tesla's self-driving technology. Or you may have heard of Waymo One. But Baidu Apollo Go robotaxis have already registered over 6.2 million miles of Level 4 driving and plan to operate 3,000 driverless Apollo Go robotaxis in 30 cities within the next three years.
Advertisement

The Chinese search engine giant Baidu began on Sunday, May 2, offering the first rides to commercial customers in its self-driving robotaxis. Known as Apollo Go, the service has been open to the public as a pilot since last October, but on May 2 it was the first time that drivers had to pay to benefit from it.

Baidu is one of the largest tech companies in China. The company is often compared to Google because it operates in similar areas. Baidu operates the second largest search engine after Google and is one of the leading AI companies in the world. In the field of autonomous driving, the group has been drawing attention to itself since 2017 with its own platform "Apollo."

According to the company, the self-driving vehicles are said to have transported more than 210,000 passengers. In February, Baidu started a large test run with forty autonomous vehicles in the metropolis of Guangzhou.

Apollo Go: This is what Baidu's robotaxi service looks like in Beijing

Since late 2020, Baidu has been conducting autonomous test drives in Beijing without safety drivers. They were only connected to a command center via the city's 5G network. The commercial robotaxi service that is now starting also does not require human supervision behind the wheel.

Until further notice, however, a human supervisor will be present in the passenger seat during passenger journeys. They are not allowed to touch the steering wheel, however. Baidu is taking this precaution to ensure passengers feel comfortable because some of our passengers are scared with no one in the vehicles. Up to ten Apollo Go taxis simultaneously drive in an area of ​​around 1.1 square mile. In Shougang Park in western Beijing there are eight fixed stops at which people can get on after booking a ride via the app. 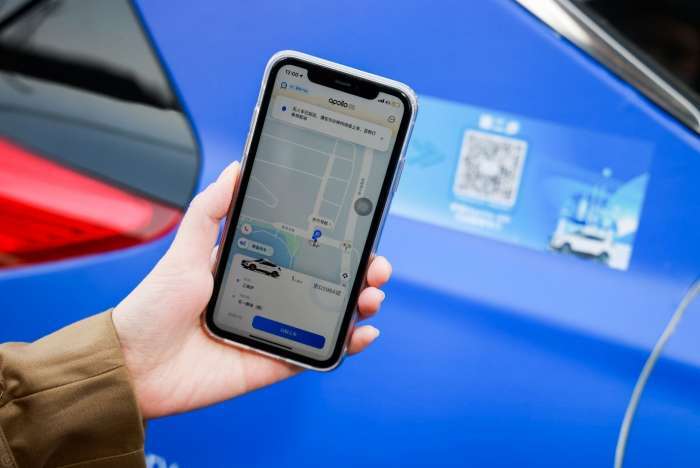 Formerly an industrial park on Beijing's fringes, Shougang Park is being transformed into a center of sport and culture ahead of the Beijing 2022 Winter Olympics. The traffic volume is rather low, but Shougang Park is currently of particular interest to tourists. Thus, this park is a great location for Baidu to test and operate its robotaxis.

Baidu charges 30 yuan per trip, which is about 5 dollars. But Baidu representative told Torque News that the company offers vouchers, so the robotaxi ride is bundled with other tickets because the park has several tourist attractions. There is also an age limit: You have to be between 18 and 60 years old to take a robotaxi in Beijing. Boarding passengers verify themselves via their smartphone and thereby unlock the door at the same time. In order to unlock Baidu's self driving vehicles the customer must also use a health code on the car, for pandemic prevention purpose.

Once you enter the Apollo Go robotaxi, click on the "Start the Journey" button to begin you trip. Once you do that, the system will make all the safety checks, (like making sure the seat-belt is fastened and the doors are properly closed) only after that start the journey. In other words, as soon as the system detects that the seat belt has been fastened, the journey begins.

Baidu Apollo Go currently uses the FAW Hongqi electric vehicles: namely the Hongqi E-HS3 electric subcompact luxury SUV. The body style of the E-HS3 is a 5-door station wagon it comes with a 52.5 kWh lithium-ion battery. The Hongqi E-HS3 SUV gets about 252 miles of range per single charge.

China has already approved limited Level 4 robotaxis. No carmaker in China has a Level 4 vehicle. It’s the self-driving software. This means, if an accident happens, Baidu Apollo is responsible. Baidu Apollo’s self-driving software is a Level 4 software but I limited scope. This means it can operate only in specific places under regulatory approvals. What I mean is Apollo is a highly-generalized L4 software that can drive everywhere, but its operation is limited by local regulation, a Baidu representative, who helped to provide resources for this report, explained to Torque News.

How Baidu got this far close to Level 4? Well, first you apply for a qualification to test the vehicle in the city. This means you don’t need a driver to test on city roads. After you are approved and successfully test your Level 4 software in a vehicle, you, as a company, can apply for a permit to operate self-driving robotaxis in the city.

Baidu is China’s first company to operate robotaxis without safety drivers in it. 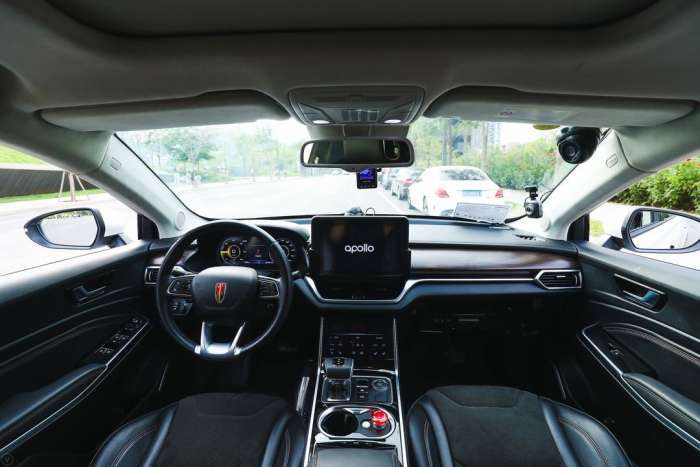 When it opened on May 2nd, two weeks ago, it was the Labor Day weekend in China and a lot of people were on the streets. The Apollo Go robotaxi was well received, told me the Baidu representative. People were carried from point A to point B in Beijing's Shougang Park. The Apollo Go has already achieved over 6 million miles of Level 4 autonomous driving. The majority out of these 6 million Level 4 driving was with safety drivers in the vehicle. Now Baidu Apollo Go has already acquired a permit to test driverless robotaxis in California (as well as three cities in China) and plans 3000 Level 4 robotaxis operating in 30 cities in the next three years.

In fact, Tesla has been successfully testing its own full-self driving (FSD) software since late 2020. Tesla's FSD is not Level 4 yet, but Tesla's announcement does point to future robotaxis.

Jidu Auto, an electric vehicle company between Baidu and Chinese automaker Geely, plans to spend 50 billion yuan ($7.7 billion) to make smart cars over the next five years, Reuters reported about a month ago.

In Beijing, Baidu will soon be competing with Pony.ai. This start-up for autonomous driving is largely financed by the Japanese auto company Toyota and recently received a further US $100 million in a Series C financing round.

Pony.ai wants to enable commercial passenger journeys in the capital as soon as possible. Similar to Baidu, they should be able to be ordered via their own app. The robotaxis for Beijing will also be equipped with Pony.ai's latest AI system "PonyAlpha X." Test drives on public roads are currently taking place in Beijing, Shanghai and Guangzhou.

AutoX, backed by Alibaba, announced earlier this year that it had started offering paid driverless rides to public users in Shenzhen.