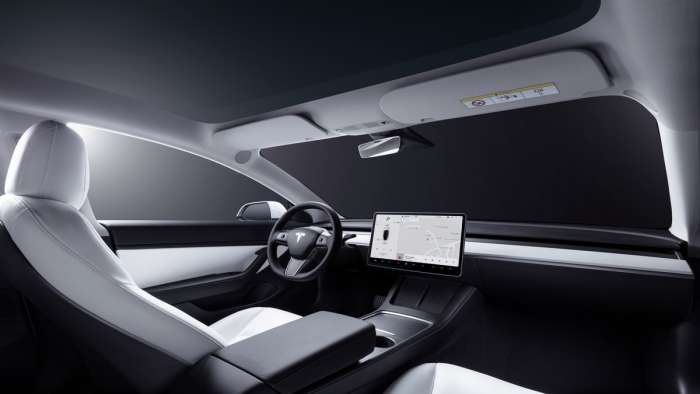 The Tesla Cabin Camera Has Its Highs And Lows

The new cabin camera is a neat piece of technology. However, there are certain driving behaviors the camera doesn’t detect so well. There are also privacy concerns as well as the possibility drivers could tamper with the camera.
Advertisement

A YouTube video made by TeslaRaj does a good job at detailing the strengths and weaknesses of the interior camera setup. An important thing to note is that the cabin camera is only in Tesla vehicles that have Vision. The Tesla cabin camera is new and will very likely be improved upon in the coming months and years. Tesla has always monitored driver attentiveness by making the driver touch the steering wheel when the car is on autopilot, so that is something that isn’t new.

The skillset of the camera

The camera mainly tracks eye movement and head movement. In the video TeslaRaj tried to see how the camera would react to his actions in the car. He first tried taking his eyes off the road while still holding the wheel. When he did that, the car beeped after a few seconds. The next thing that was attempted was that he kept his eyes on the road but let go of the steering wheel. In this situation, the vehicle showed the blue blinking light and then finally sounded an audible beep after 15 seconds. The next action he tried was that he took his hands off the wheel and looked away from the road. In this scenario, the car gave no warning light and went straight to sounding a beep.

How Tesla can take this to the next level

The AI behind Tesla Vision does a good job monitoring a driver’s gaze. The reality is that the software needs to work faster. Also, there should be a way for the software to know how far off the road a driver is looking. For example, if a driver puts the Tesla on autopilot and turns their head around completely to have a conversation with someone in the backseat, the car should see that and pull over as a result.

Concerns about the camera

The privacy concerns are certainly something to investigate because people could be spied on while saying or doing things they don't want others to see. There is a strong possibility that the technology becomes so advanced that it can do much more than detect a driver’s gaze. A day could come where the driver and passenger get into a fist fight and the car would pull over for their safety. The downside to this is that everyone’s actions will be on display for the world to see and it could ruin people’s lives.