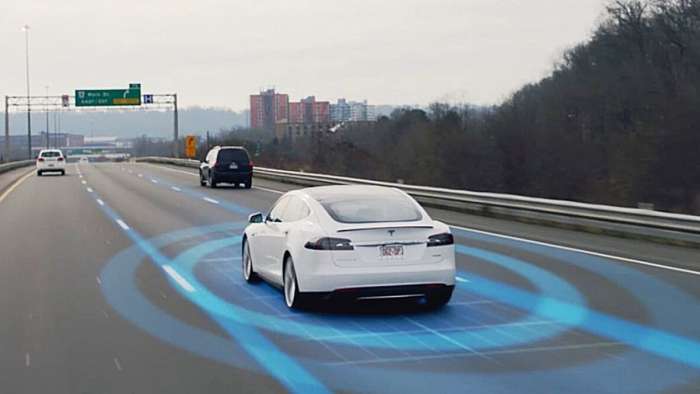 Tesla Autopilot Can Function Without An Operator In The Vehicle

Some consumer reports engineers found that Tesla’s autopilot can drive the car with no driver in the vehicle. Some in the media have been quick to say that this explains the Texas crash, but it’s actually not that simple.
Advertisement

How autopilot can drive without a driver? Autopilot can drive without a driver because of a few tricks. The engineers at Consumer Reports found that a Tesla needed a few things to be able to drive itself without a driver. The first thing that is needed is that the seatbelt on the driver's side must be buckled. Also, the driver’s side door must be shut. The researchers also knew that Tesla’s autopilot needs a driver to touch the steering wheel every ten seconds. They came up with a way to trick the steering wheel into thinking a driver had their hands on it. They did this by attaching a weighted chain to the steering wheel. The car that was being tested here was tested in a controlled environment. Do not try this when out on the road in your Tesla.

The car shown driving in this short video was able to stay in between the lane lines. There was an individual in the car while this idea was being tested out. He put his leg out over the center console so his foot was near the brake. This is so there would be someone to intervene if anything went haywire.

Why this is an issue

There may come a day when Teslas could drive without a driver when they are deployed as Robotaxis. It isn’t a bad thing for Tesla to want to aspire to have it so their cars don’t need a driver. However, the car should be able to know if there is in fact a driver or not. For example, an iPhone is good at sensing whether a finger is on the button that unlocks the phone. If I tried to unlock my iPhone by swiping up with a pen, it wouldn’t work. Tesla could work on employing better sensors into the steering wheel that only can detect a human hand.

Since the Texas accident involving a Tesla Model S, we just learned that data logs have shown the vehicle to have not been in Autopilot at the time of the crash. The way this accident has occurred has raised some eyebrows. The owner of The Tesla Model S that crashed reportedly backed the car out of the driveway. He was found in the backseat at the time of impact. There is one theory circulating that the owner was trying to demonstrate autopilot from the backseat. This seems to be an example of overconfidence in the autopilot system. We may never know everything that transpired in that vehicle unless there is some hidden footage of the inside of the car showing the moment it crashed.

Check out this article from when the news about the Texas accident broke.

How this puts Tesla in the same pickle

With each of these accidents, the details vary, but almost all of them have careless motorists who aren’t paying attention. The new caveat is that Tesla should look at putting in safety mechanisms so that the car cannot be so easily fooled.