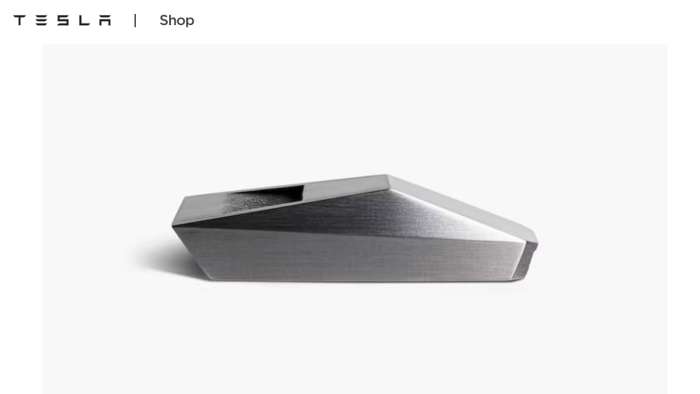 Tesla has introduced a new Cybertruck inspired whistle for $50. Elon Musk introduced the product with the tag "blow the whistle on Tesla" and said it's better value than Apple's cloth.
Advertisement

Elon Musk’s companies are famous for offering one-off novelty products that sell like hotcakes. The first of these products to capture the cultural zeitgeist was the Boring Company’s hat and flame thrower.

Musk has also offered famous Tesla-branded items, such as the Teslaquila (a Tesla-inspired tequila), Tesla-branded surfboard, S3XY short shorts, and many more items which currently sell for a significant markup on the secondary market.

Undoubtedly Elon’s companies make money from these items however, Musk’s primary motivation seems to be to involve the community in a fun and creative ways

And now, Musk and team have continued this tradition and Tesla has introduced what might be the EV maker’s most absurd product to date. Late last night, Tesla debuted a $50 whistle, yes! you read that right, a whistle.

The whistle is inspired by the Cybertruck and has the silhouette of the futuristic all-electric truck. On the product page, Tesla wrote “the limited-edition Cyberwhistle is a premium collectible made from medical-grade stainless steel with a polished finish. The whistle includes an integrated attachment feature for added versatility.”

Elon introduced the product on Twitter with the tag “blow the whistle on Tesla”. Musk then added to the Cyberwhitsle’s hype comparing it to Apple’s $19 screen cleaning cloth, writing on Twitter “don’t waste your money on that silly Apple Cloth, buy our whistle instead!”

Don’t waste your money on that silly Apple Cloth, buy our whistle instead!

Following Musk’s tweet, the Cyberwhtistle sold out within minutes. As of now, it’s not yet clear how many whistles Tesla produced and when they will start shipping. But, we will be sure to keep you updated as more information comes out. Follow our site torquenews.com/Tesla for the latest information.

So what do you think? Is the Cyberwhistle worth it at $50? Do you think it’s better value than Apple’s cleaning cloth? Let me know your thoughts down in the comments below.