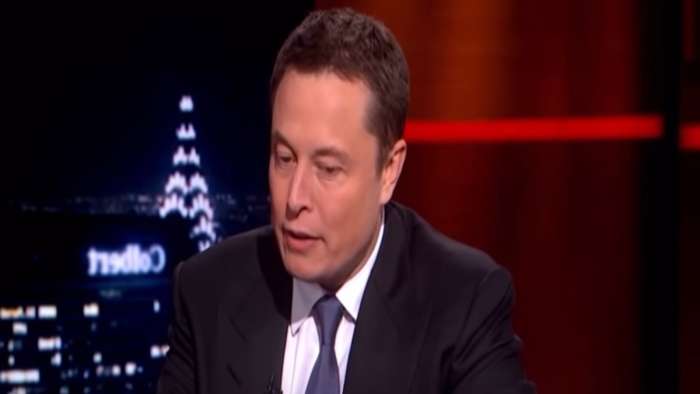 With a recent leaked email from Elon Musk, we see that Tesla is going to be changing up its quarterly delivery strategy. In the past, Tesla would rush to get deliveries done at the end of the quarter. This is no longer going to be the case and instead, Elon Musk wants Tesla employees to reduce costs of deliveries and take the most efficient action.
Advertisement

STORY IS IN PROGRESS...

Elon Musk sent an email to Tesla employees likely to address the stress that comes at the end of each quarter and rushing to get deliveries done. I think this may also mean that Tesla won't rush to export so many vehicles at the beginning of each quarter and instead even it out each month. Elon wants Tesla employees to take the most efficient action at all times and to not think like Tesla is publicly traded and to forget the notion of "end of quarter".

Elon sent an email in Q3, 2021, according to Sawyer Merritt on Twitter, where he stated that sometime in Q4 or Q2 of 2021 that Tesla would start to spread out deliveries more to reduce the end of quarter waves. Elon looked at over a 6 month period where Tesla wouldn't have delivered any extra cars but would have instead spent a lot of money and burned employees out to accelerate the deliveries in the last 2 weeks of each quarter.

I've been told Elon Musk sent out an email to all Tesla employees last night.

Elon wants employees to focus this quarter on minimizing *cost* of deliveries, rather than spending heavily on expedite fees, overtime and temporary contractors just so that cars arrive in Q4.

This is a Positive Move for Tesla

I think this is a good move from Tesla. Imagine if at the end of each quarter that you felt rushed and pressured to make as many deliveries as possible. Now imagine the stress that would come form this and the corners that may be cut in order to make this happen. Imagine the habits and inefficiencies that are created by operating this way.

Now imagine that instead of stressing about meeting quarterly deadlines, employees of Tesla are focused on the customer experience and making a delivery as efficient as possible. There is no longer the crunch and stress of the end of quarter because you're not thinking like a public company anymore, trying to meet quarterly results.

This is a positive for Tesla overall. If I had to work at a company and had two weeks of extreme stress four times a year, it would take a toll on my health. I wouldn't work in a calm and relaxed state. I would make mistakes and cut corners. This new approach from Elon helps keep the same culture of being efficient and doing the right thing without making a rush effort out of it.

Will This Affect Quarterly Earnings?

Will this affect quarterly earnings for Tesla? If they are implementing this right now, we could see a little less deliveries in Q4, 2021. After that, I don't think we'll see much of a negative on Tesla quarterly deliveries. The reason for this is that employees will be focusing on low cost and efficient deliveries and will find a way to make the deliveries happen over time instead of cramming them into two weeks.

I think this will also improve Tesla's bottom line because there won't be money spent on expediting orders and on temporary contractors to rush the deliveries at the end of the quarter. Employee morale will improve too.

Since we don't know how much Tesla is spending on expediting and contractors, we have to gauge what they spend 8 weeks out of the year for the expediting and extra contractors. I'm going to take a stab at it and say Tesla will save $50 million a year.

Here's the full text of the email:

Elon making moves to decrease size of end-of-quarter delivery wave. Less attention given to quarterly earnings now that Tesla has been killing it every quarter.

What do you think about Tesla's new strategy for quarterly deliveries? Will Tesla stop exporting so many vehicles at the beginning of each quarter now?