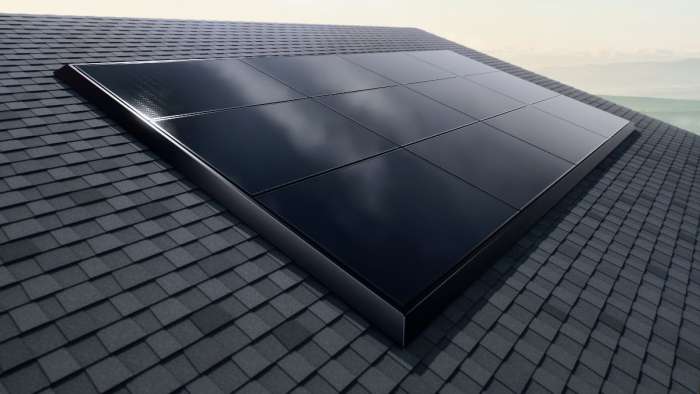 Elon Musk is a strong proponent of solar power as the main source of energy to clean up our grid. However, in a recent tweet Musk has come out in support of keeping open existing nuclear power plants.
Advertisement

Elon Musk is famous for his lofty goal of transitioning the world to sustainable energy. Musk believes in this idea so deeply, he has made it the mission statement of the electric vehicle company he runs, Tesla.

To achieve this goal, Musk obviously believes EVs are essential. However, Elon also knows EVs are ultimately as clean as the grid they get their power from. And to address this issue, Tesla offers solar products and batteries.

Currently, Tesla sells solar panels that could be added to an existing roof or roof tiles with integrated photovoltaic cells. Since the sun doesn’t shine throughout the night, Tesla also offers stationary batteries to store the sun’s power when there is excess production and to deploy it back when it is needed.

Elon Musk has said in the past “Solar power is a Gigawatt per square km! All you need is a 100 by 100-mile patch in a deserted corner of Arizona, Texas, or Utah (or anywhere) to more than power the entire USA.”

Musk’s assertion has been questioned for its practicality nonetheless it leaves no doubt that Musk thinks solar panels are the way forward for a clean power grid.

Not only that, nuclear power plant meltdowns pose a significant ecological risk. One notable example is the Chernobyl disaster, the nuclear meltdown forced tens of thousands to evacuate the area and cost tens of billions of dollars in the clean-up effort.

Unless susceptible to extreme natural disasters, nuclear power plants should not be shut down

This is certainly an odd position to take for the preeminent advocate of solar panels but Musk might have taken this position in order to mitigate power shortage until solar panels receive widespread adoption.

We will be sure to keep you updated if Musk gives further reasons for his support of nuclear energy. Make sure to visit our site torquenews.com/Tesla for the latest news.

So what do you think? Do you agree with Musk’s position on nuclear power plants? Also, what do you think Musk’s recent statements mean for Tesla’s solar endeavors? Let me know your thoughts down in the comments below.

For more information check out: Tesla FSD Is The Most Practical AI For Navigating The Real World, According To Elon Musk Also, see SEC Investigation Into Tesla Is Not What You Think

Brett Parsons wrote on December 12, 2021 - 11:48am Permalink
You are misinformed about nuclear power technology of today. Do your research before you spin your opinion. Obviously Elon has.
Gary Lea wrote on December 14, 2021 - 8:22am Permalink
The eia (U.S. Energy Information Administration) states on its website, "At the end of December 2020, the United States had 94 operating commercial nuclear reactors at 56 nuclear power plants in 28 states. The average age of these nuclear reactors is about 39 years old." They also state, "Nuclear power plants in the United States have either a boiling-water reactor or a pressurized-water reactor." Why have you claimed that TorqueNews is misinformed?
Wes wrote on January 10, 2022 - 1:06am Permalink
Lumping U.S. reactors with the Chernobyl disaster is not even remotely fair. Soviet RBMK reactors , were graphite moderated which we new could lead to problems that's why they were never built here also they did not have a containment domes like all U.S. reactors have.Nuclear power is sustainable.We have breeder reactor know how that makes more fuel than it uses and there is also Thorium which can be used as Fissile fuel but not for bombs and is much more abundant .Chernobyl blew up because of stupidity, trying to see if the turbine could power the pumps during spin down. They did it to themselves disabling the safety features added to a horrible reactor design was just asking for it. Diablo Canyon Reactor in California there only remaining reactor because of morons are shutting it down in a few years and installing huge gas turbines to supply the 3 million homes that the reactor puts out, this makes no sense to me at all. I used to live in Palmdale and I hated it.The rolling blackouts,Huge power bills on top of that. I have moved back to Tennessee and we never have blackouts and my power bill is less than half compared to out there. People complain about everything,they complain about Nuclear energy, so you install wind turbines and they complain about birds getting hit by the blades and it being a eye sore but they want there electricity. Elon Musk knows what he is talking about , we have to use nuclear power if we want to breath clean air. The reactors running today are old , for the most part but Molten Salt Thorium reactors are very safe and there perfecting Triso which is meltdown proof Uranium fuel they don't melt until over 3400 F which is impossible to get to in a reactor. I hope Fusion will take over and be the game changer they say but they have been saying ten more years fusion will be perfected for 50 years.