According to The Korea Times, Apple is close to signing a deal with LG Magna e-Power to bring Apple's EV to market. Although the report also states initially the joint venture is looking for low volume production.
Advertisement

During the early days of Tesla, most automotive experts believed Tesla’s dominance of the EV market will be over once legacy automakers come out with their Tesla killers. However, several of the EVs that were supposed to dethrone Tesla have come out, some with impressive specs, but still, Tesla reigns supreme.

And in the meantime, Tesla has grown leaps and bounds and has become the world’s largest automaker by a wide margin. Still, this hasn’t been enough to quiet Tesla’s detractors. And now there is a new Tesla killer in town. And that company is Apple. However, ARK believes Tesla might be more valuable than Apple by 2025.

Back in 2014 rumors started to emerge saying Apple is looking to build an electric vehicle. Although Apple never confirmed the rumors, at the time it was said Apple hired as many as 1000 employees for its EV project code-named Project Titan.

However, in 2016 before the company could even show off its first prototype it was reported that Apple has decided to shelve the part of the project dealing with designing a new EV and the company has moved the project to focus on self-driving.

Following that report, rumors about the Apple Car had died down. At least until December 2020. At the end of last year, Reuters confirmed that Apple is indeed still working on a full car. Adding, Reuters said Apple plans to show off its EV by early 2024. 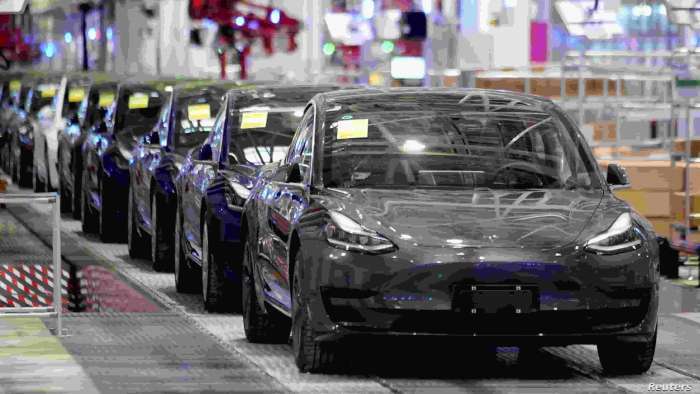 Following, reports started to emerge claiming Apple was in talks with Hyundai-Kia for the latter to manufacturer an EV designed by Apple. However, in February both Hyundai and Kia poured cold water on the rumors when both companies said in a filing they weren’t in talks with Apple to build an autonomous vehicle.

At the time the reason the talks fell apart was reported to be Apple’s displeasure with Hyundai-Kia leaking the secret negotiations to the public.

Related news: Electric Trucks Can More Than Hold A Candle To Diesel Trucks

However, now Apple seems to have found a new partner for the company’s EV project. Per an exclusive report by The Korea Times, which talked to unnamed individuals with knowledge of the closed-door discussions, Apple is close to signing a deal with LG Magna e-Powertrain.

Magna on the other hand is the leading brand-independent engineering and manufacturing partner for OEMs and new entrants and currently builds vehicles for BMW, Daimler, and Jaguar Land Rover.

With LG Magna e-Powertrain the two stakeholders plan to merge their respective strengths in battery and electronics and vehicle manufacturing to make the joint venture a go-to for any new entrant to the EV space.

Korea times in their exclusive reporting said "LG Magna e-Powertrain is very near to signing contracts with Apple under which they could handle the initial volume production of Apple EVs. Contract details are still being discussed.”

However, “The production volume the joint venture could handle won't be that huge as Apple is mostly intending to use its first-generation EVs as an opportunity to evaluate their marketability, according to the source” added Korea times.

If Apple indeed debuts an electric vehicle by 2024, the company will have a daunting challenge ahead. The tech giant although a clear leader in the smartphone and personal computing business still will face an order of magnitude bigger challenge when building EVs.

Not only is building a car a whole another paradigm with safety and life at risk, but it also consists of thousands of parts and is significantly more complex when compared to building a smartphone.