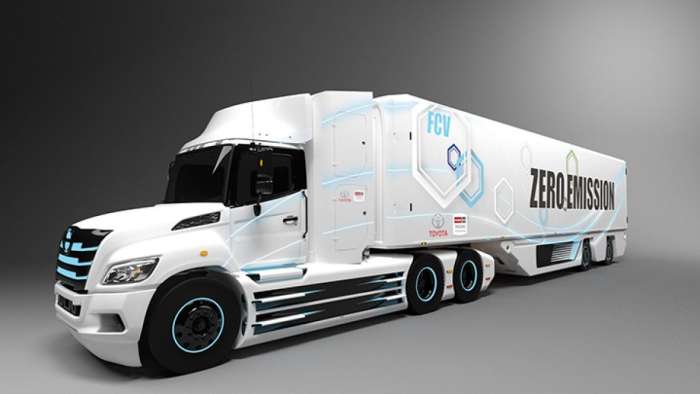 Electric Trucks Can More Than Hold A Candle To Diesel Trucks

There has been a lot of buzz surrounding the Tesla Semi’s release. A bigger topic to look into is how investing in an Electric truck compares to investing in a Diesel truck. It comes down to cost, batteries, and weight.
Advertisement

Electric trucks have been under much scrutiny. This is because there is a notion that batteries are too expensive. An 80,000 pound truck will need a lot of batteries. However, faster charging networks are what is said to make them cheaper to operate than diesel trucks. These sentiments sound eerily similar to when Electric cars came out. Back then it was true that batteries significantly drove up the price of the car. Now we’re at a point where EV’s are much more affordable.

Faster Charging and smaller batteries could be the answer

A new study from the Stockholm Environment Institute came to the conclusion that carrying a heavy battery around in a bigger vehicle doesn’t amount to maximum efficiency. Lead analyst Bjorn Nykvist from SEI said, “It doesn’t really matter the size of the battery pack in the truck. You really just need more power from the charger. The key here is that, basically a heavier vehicle consumes more energy. The more energy you consume, the more saving potential there is. So, a very heavy truck uses more diesel per kilometer than a lighter one, but that’s also a big savings potential if you can switch to electricity.” Previous studies showed that as the gross vehicle weight went up, the cost also went up. New studies show that it's actually the inverse of what was found in the previous studies. Smaller battery packs also give a truck better leveraging given that they weigh so much less. It is much less efficient for a truck to have a huge battery pack while also pulling a load of goods.

Visualizing what Nykvist is saying

Nykvist is saying that the benefits for using Electric Power only increase as the truck gets larger. For example, it may not pay off that much to have an Electric 10-foot box truck that’s like a U-haul. However, the savings go up exponentially when it comes to a full size 18-wheeler.

Previous studies were wrong because the estimates of those doing the studies were faulty. It was assumed that the battery cost per kWh was higher than it actually is. The lifetime of a battery pack is still an aspect that is being improved upon. For example, the Tesla Semi can’t go as far on one charge as a diesel truck can go on one tank of gas. However, the Tesla Semi will bring about huge savings in the cost of fuel compared to a diesel truck.

This commercial fast charger hasn’t been made yet

A fast charger for commercial trucks hasn’t been made yet. It seems that proponents of these fast chargers are looking to government incentives to aid the effort in getting a high-speed truck charger infrastructure in place. They hope to get the ball rolling by playing to these various governments' desires to cut emissions.
The bottom line is some kind of incentive program would need to be worked out in each individual country that has Electric trucks on its roads.

What Tesla’s role could be

Tesla as well as other EV companies could have a role to play in this effort to build a high-speed charging infrastructure for trucks. Tesla has proven that they can build an expansive charging network for passenger cars. If Tesla could apply the same level of competency to electric trucks, then trucks such as the Tesla Semi could operate on much improved charging networks.

Check out this article about the last update on the Tesla Semi.