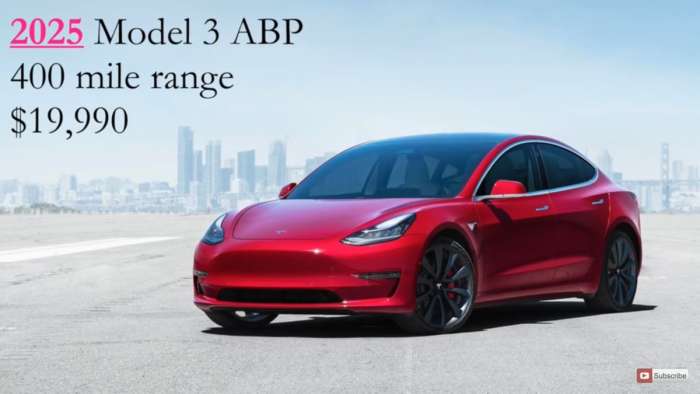 In this article, I’ll discuss some of the 2025 predictions my friend Warren Redlich made in a recent video. These predictions are based on his expectations for Tesla Battery Day next week.
Advertisement

Please check out my previous article for a discussion of the 2022 predictions.

Before we get to the 2025 predictions, I want to set the context for this seemingly incredible price declines.

In 2008, Tesla released the very low volume roadster at a base price of around $110,000. They only made about 2,400 units, but it showed people that an electric car could be a lot better than a golf cart.

The 2012 Tesla Model S was (and is) an incredible car that won an amazing number of awards. Not just for the best electric car ever, but many awards comparing it to gas and diesel cars also. It started at $57,400, although Tesla quickly discontinued the model with a 160 mile range and for most of its existence, Tesla has had a base price of around $70,000 for the Model S.

In 2016, Tesla shocked the world and generated over 400,000 preorders with the announcement of the $35,000 Model 3. Similar to what happened with the Model S, Tesla struggled to profitably produce the Model 3 at the announced price and quickly moved the base price up to around $40,000 (although you can technically still ask Tesla to downgrade a car for you if you want the $35,000 model today). The car I purchased in 2018 (Model 3 Long Range with Enhanced Autopilot) for $54,000 (I also added Midnight Silver paint and Performance Wheels for $3,000) is similar to the Model 3 Long Range you can buy for $46,990 today or about $7,000 less. Today’s car has all-wheel drive, but only basic autopilot instead of enhanced autopilot. You can’t get the single motor long-range anymore and to get the enhanced autopilot features, you need to upgrade to the Full Self Driving option. So you can see that even with the Model 3, there have been some significant price reductions

By 2025, Warren expects that Tesla will have its advanced battery pack produced in sufficient volume to reduce prices considerably. In addition, Tesla will have rolled out its totally new way of manufacturing a car body (expected to replace hundreds of existing parts with just a few cast parts so minimal labor or assembly required). The combination of these 2 advances and thousands of smaller ones will allow some dramatic price declines. A 2025 Model 3 with 400-mile range available for under $20,000 worldwide will destroy the market for new gas and diesel cars in the developed world. The cheapest cars in the US start at about $15,000 and have been going up about $500 a year. Toyota just discontinued its Yaris and Hyundai just discontinued its Accent. A Toyota Corolla will be no match for a 2025 Tesla Model 3 unless it is fully electric. The difference in smoothness, acceleration, and running costs will be obvious to everyone by then. 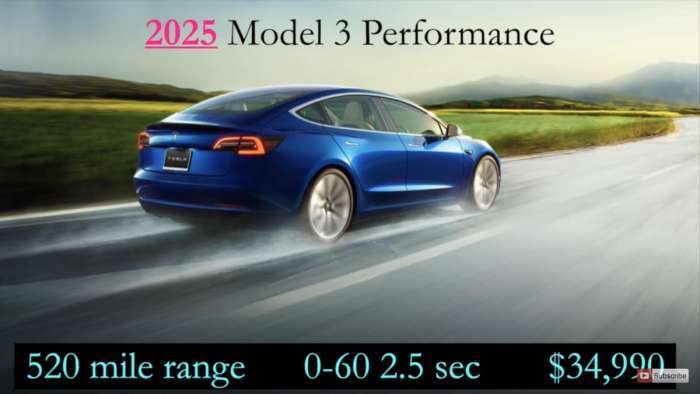 The 2025 Model 3 Performance will be an affordable supercar available at less than the cost of today’s average vehicle at $34,990. 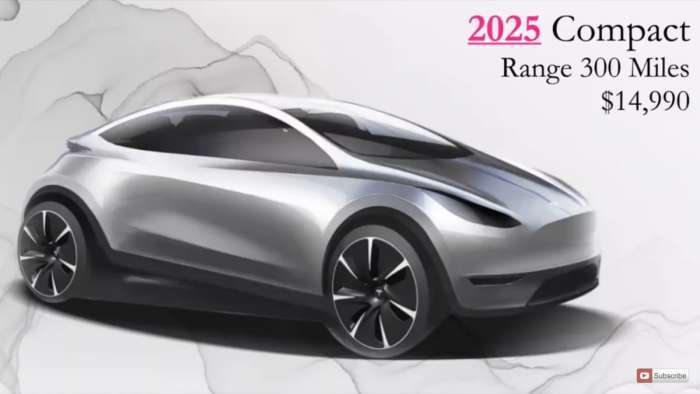 In order to provide a car for smaller streets and a more affordable option to ensure all gas and diesel cars are obsolete, Tesla will produce a compact Model 2 for about $25,000 in a couple years and it is predicted to go down in price to $14,990 by 2025.

Tesla isn’t just trying to be a better BMW, Mercedes, or Audi. Elon has made it clear they intend to continue to grow their car business at 50% a year until they are the largest carmaker on the planet by 2030 or so. They won’t get there selling $40,000 cars. Tesla’s mission is to “accelerate the transition to sustainable energy”. It isn’t to make as much money as it can. Whenever Tesla is faced with a choice of lower prices to allow more people to afford electric cars versus keeping them higher to increase profits, I’m confident Tesla will choose to lower prices, while keeping margins sufficient to allow them to self fund their aggressive growth plans.

EVs Like Toyota’s RAV4 Prime and Hyundai Tucson PHEV Being Slowed Down By The U.S. Election Cycle