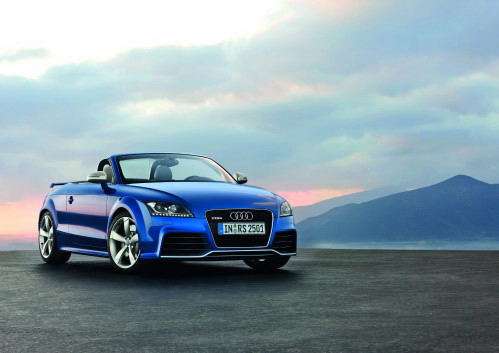 As of mid December, Audi of America had sold more cars than in any other year in its history. The luxury importer was on track to sell more than 100,000 vehicles by the end of 2010 – a milestone for the company.
Advertisement

Audi closed the month of November, 2010, by issuing two press releases to announce its performance to date. The first was a sober, standard, end-of-the-month report on the car brand's sales of new models for November. The second was a more jubilant announcement that Audi was approaching a record-setting year for 2010.

Now the company issues an unprecedented, mid-month sales report to announce that it has just topped its previous annual record, set in 2007, before the car market crashed.

Dated Tuesday, December 14, the press release states with Teutonic precision, “Audi broke its annual vehicle sales record in the U.S. Monday evening when it recorded its 93,507th transaction of 2010. The sale eclipsed the old U.S. record of 93,506 vehicles sold in 2007.”

The announcement also predicted with “no question” that the vehicle maker will exceed 100,000 in sales by the end of 2010. At that time, the United States will become the fourth national car market in which the Audi brand, a part of Volkswagen, has topped the 100,000 sales level. The other countries are China, Germany, and the United Kingdom.

“This is truly an historic moment for Audi as the brand continues on its established course to become the most successful premium brand in the U.S. and globally,” said Johan de Nysschen, president of Audi of America, in the press release.

Mark Del Rosso, Audi chief operating officer, noted in the announcement that the company now aims for another record-breaking year to come in 2011.

By setting an all-time sales high in 2010, Audi joins the mass-market brands Hyundai, Kia and Subaru as the first U.S. vehicle retailers to fully recover from the steep downturn that began in 2008. Those three companies reached sales records at the end of November, as detailed in the article “Hyundai, Kia, Subaru top pre-recession sales”, at http://www.torquenews.com/113/hyundai-kia-subaru-first-top-pre-recession-sales.