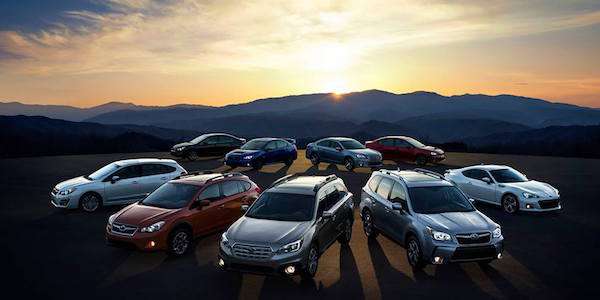 Do you know if your Subaru is on the Takata airbag recall? Here’s a quick VIN Search Tool.
Advertisement

Many Subaru vehicles are affected by the Takata-supplied airbag inflator recall, the largest recall in automotive history. It’s affecting almost every brand across the industry. Here’s how your Subaru may be impacted. Subaru has announced this recall only relates to the passenger-side front airbag in certain Subaru vehicles, and does not affect the driver-side front airbags, which were not equipped with a Takata inflator. Subaru recommends if your vehicle requires a recall service, that occupants not use the front-passenger seat until the repair is performed. There's approximately 185,773 Subaru vehicles on the recall list. Click on the quick VIN Search Tool below to find out if yours is one of them.

These affected Subaru vehicles are equipped with Takata air bag inflators assembled as part of the passenger frontal air bag modules, and used as original equipment or replacement equipment. In the event of a crash necessitating deployment of the front air bags, these inflators may rupture due to propellant degradation occurring after long-term exposure to humidity and temperature cycling.

Use the VIN Search Tool

To see if your vehicle has an open recall, use the quick VIN Search Tool here from Subaru. The Japanese automaker is encouraging you to re-check every three months for updates. For a general VIN lookup you can also check Trustvin.com. The National Highway Traffic Safety Administration (NHTSA) has also ordered automakers to prioritize the Takata recalls by age and location of the vehicles. NHTSA has established three geographical Zones; A, B, and C, based on the level of heat and humidity. You can see if your vehicle is on the list by zone.

Because the recall affects millions of vehicles industry-wide, the availability of replacement airbags, and service space at Subaru dealers, may be affected. To find out if your Subaru is on the recall list use the quick VIN Search Tool link or click here to get more information about about this National Highway Traffic Safety Administration recall and how it affects your Subaru vehicle. You can also contact your Subaru dealer or Subaru’s National Customer Contact Center by phone at 1-800-SUBARU3 (1-800-782-2783).