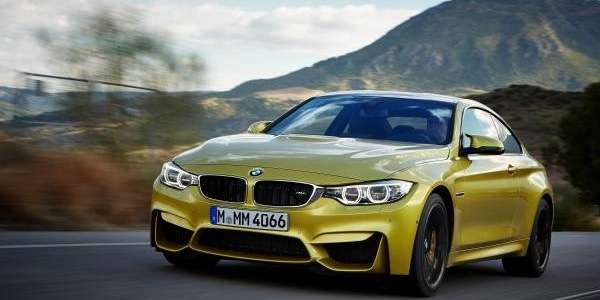 The 2015 BMW M4 is a car most men would love to have sitting in their garage, and it’s a top pick for women too.
Advertisement

Men and women are sometimes very different, and as author John Gray pointed out in his book, “Men are from Mars, Women are from Venus”, it seems like we come from different planets. But are we that different when it comes to our choices in cars? When it comes to sports cars, women agree with men that the new BMW M4 is a highly covetable car and sits at the top of their shopping list.

The BMW M4 was barely edged out for first place in this year’s Women’s World Car of the Year awards. Even though the M4 was “barely pipped” by the Audi S3 in the Sports Car category, it looks like women’s understanding of a good car is not much different from mens.

Women’s World Car of the Year

Female journalists from 15 countries selected this year’s winners of the Women’s World Car of the Year awards, based on ten different criteria such as design and function, style and appeal, comfort, storage and drive quality. It also included things not usually found in other car awards and included the “wow” factor, sex appeal and value-for-money.

The overall winners are chosen

The overall Women’s World Car of the Year winner was the all-new Mercedes-Benz S-Class, followed by Audi A8 and Tesla Model S. The Audi A3 saloon received the Family Car award, the BMW M4 scored very high and was just nudged out by the Audi S3 in the Sports Car category, and in the SUV category, and the Range Rover Sport closely beat the Porsche Macan. And this year’s dream car for women is the Jaguar F-type coupe.

The BMW philosophy for the M3/M4 hasn’t changed over its five generations. The original philosophy of the M3 was to provide a good daily driver that owners could also take to the track and drive hard. It was designed by BMW to be a track-capable car, but it was also designed to be a car that can be driven everyday. BMW M division developed the engine, brakes, cooling system and suspension to provide a very emotional enjoyable driver. The original 1986 M3 employed race-car technologies and concepts into a daily driving sports car. And that’s still the M3/M4 philosophy today we see in the 2015 M3/M4 fifth-generation car.

The female automotive journalists from 15 countries were definitely impressed with the 2015 BMW M4 and it came in a close second for their pick as best in the Sports Car category. It really does show that men and women are not much different when it comes to our choice in sports cars.