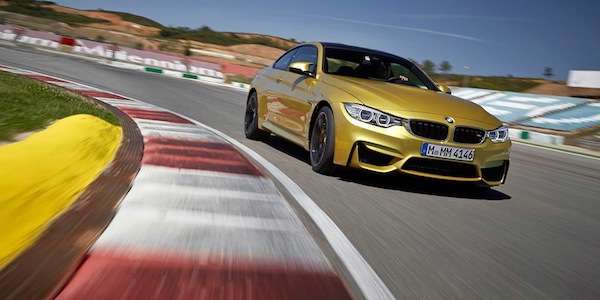 The new 2015 BMW M3 and M4 Coupe made their market launch just a few months ago, and they are already getting recognition. Check out the award they just received.
Advertisement

The new BMW M3 and M4 Coupe have been out just a short time and are already getting global recognition for their performance and keeping with the original M3 philosophy that made the sports car so popular. BMW M3 and M4 Coupe have received the "Auto Bild Sports Cars of the Year" award. The award ceremony took place at the "Race Night" as part of the 2014 Essen Motor Show.

Original M3 was a race car

The first BMW M3 E30 was built so it could run in Group A Touring Car racing and BMW needed 5,000 production models in order to meet the minimum number. BMW only intended to build 5,000 M3s, but they ended up building nearly 18,000. The car was built for the race track and the M3 philosophy was born. The sports car went on to be an icon and is in its fifth generation of greatness.

The original philosophy of the M3 was to provide a good daily driver that owners could also take to the track and drive hard. It was designed by BMW to be a track-capable car. BMW M division developed the engine, brakes, cooling system and suspension to provide a very emotional enjoyable driver. The original 1986 M3 employed race-car technologies and concepts into a daily driving sports car. And that’s still the M3/M4 philosophy today we see in the 2015 M3/M4 fifth-generation car.

The readers recognized the new M3/M4 for their top performance and driving pleasure. The new models continue to set the benchmark in the segment of high-performance sports cars when it comes to overall concept, precision and agility. These three objectives have been seen in all four previous generation models, and now continue on in the new fifth generation F80.

With the 2015, models, BMW reduced the weight, added rigidity to the frame, gave it a high-revving in-line six cylinder to reduce fuel consumption and reduce emissions, developed a great drivetrain and gave it a new electrical mechanical steering system. The engine, transmission, suspension and tires all work together to produce a great driving machine both on and off the track.

The new 2015 BMW M3 and M4 Coupe have received the "Auto Bild Sports Cars of the Year" award at the Essen Motor Show 2014. The new models definitely have kept the primary M3 philosophy of giving performance car fans a great daily driver in the city that is still a monster on the track. Build your own BMW M3/M4 here.