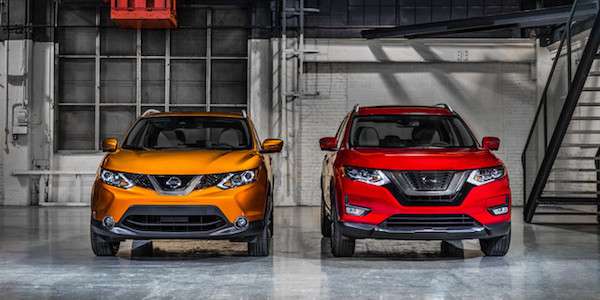 Will New Rogue Sport be as Successful as its Big Brother Rogue? Why Size Does Matter

The Nissan Rogue is the brand’s top-seller and it’s about to get some competition from the new Rogue Sport. Will Rogue stay number one?
Advertisement

The new Rogue Sport is coming to the U.S. market, it’s been called the Qashqai crossover in Europe where it’s been a big success. Now Nissan wants Americans to experience the smaller version of the Rogue. The new Rogue Sport is smaller than the standard Rogue and comes with a lower price. It’s set to compete with the Honda HR-V, Ford EcoSport and Toyota C-HR.

The 2017 Nissan Rogue crossover is now the brand’s top-selling model in America with 329,904 sales in 2016, besting the Nissan Altima sedan. The smaller Rogue Sport could give the popular Rogue SUV a run for its money, and Nissan is expecting the new smaller crossover to fit well in the lineup.

A lower-cost option than Rogue

It’s set to hit dealer showrooms later this spring and it’s good news for consumers looking for a lower-cost crossover option. It will be an ideal model for singles or couples without kids, or empty nesters “who want a sportier vehicle and can live with a little less cargo capacity than the current Rogue offers” says Michael Bunce, vice president, Product Planning, Nissan North America.

The Rogue Sport rides on the same platform as Rogue, but has a 2.3-inch shorter wheelbase and a 12.1-inch shorter overall length which will make it a capable urban commuter. It’s powered by a 141-horsepower 2.0-liter Direct Injection Gasoline (DIG) engine coupled with a Xtronic transmission and should get ample fuel mileage.

Many consumers are looking for a smaller crossover option, which the Rogue Sport will bring. The smaller dimensions coupled with its lighter weight, will give Rogue Sport sportier handling and driving dynamics over its stable mate. It will be more maneuverable in city streets and tight parking spaces. The new Rogue Sport will also be all-weather capable and will be offered in front-wheel and all-wheel-drive configurations making it a good cold-weather climate offering for urban-adventurers.

The 2017 Rogue Sport stands on its own, and should be a nimble, fun-to-drive and affordable compact SUV for urban dwellers. It could be Nissan’s number two selling crossover in the lineup in 2017 behind the number one Rogue. Nissan has not announced the price, but promises competitive pricing making it a good entry-level choice for American compact crossover buyers. It will be offered in S, SV and SL trims. Look for it to hit dealer showrooms this spring. Stay tuned.