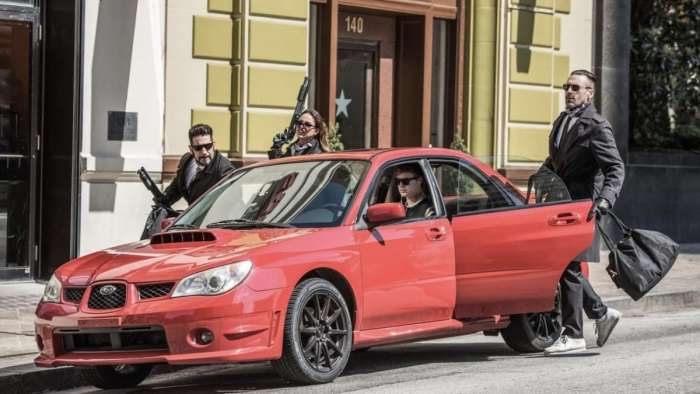 When the film Baby Driver came out it was an instant hit with performance enthusiasts. A sequel is coming and Ansel Elgort hopes it includes another Subaru WRX.
Advertisement

When the film from Sony Pictures, Baby Driver hit the big screen in 2017, Subaru fans loved that the first chase scene included a WRX performance sedan. According to Showbiz CheatSheet, it appears the star of the film Ansel Elgort will be in a sequel if everything goes right. The film was successful and Elgort could return to play the main character, who is known as Baby. But the star wants another Subaru WRX to be in the film if there is a remake.

Elgort loved the Subaru WRX so much, he got to keep the car he drove in the first film after asking filmmakers if he could keep it. Producers agreed and surprised him with the car as a birthday present. The Subaru WRX from the film Elgort received was a stock 2006 WRX STI with the rear wing removed.

This Subaru WRX used in Baby Driver was auctioned off

In the movie, they used three different 2006 Subaru Impreza WRXs for the filming. The other two were a modified WRX with over 320hp and other powertrain upgrades, and a third was an automatic transmission model with a camera on top converted to rear-wheel-drive.

Elgort went on the Seth Meyers’ show shortly after the film came out and told Seth, “It’s a Subaru WRX STI, it’s the one from the opening scene,” the 23-year-old actor told Seth. “I just kept begging them to let me have it.” He also revealed he took 10 stunt driving classes before he started shooting but still, in the movie, “he barely drove the car at all.” The majority of the driving was done by professional stunt drivers, which is why it came off so well.

Most scenes used a stunt driver

Elgort went on to tell Meyers, “I said ‘I’ll buy it, I’ll do whatever’ and I just kept following up and emailing. If you want something in life you just keep following up,” Ansel joked. “I just kept emailing the producers saying, hey I want that car, let me get that car, and then months later when it was my birthday, about six months later, they gave it to me. Persevere!” as he gave a fist pump.

Now the actor could be driving another Subaru WRX STI if there is a remake of “Baby Driver.” If Ansel Elgort has any say, he will push hard to get another one to drive. Stay tuned.

You Might Also Like: It Needs A Redesign But Subaru WRX STI Is Still The Best Performance Value