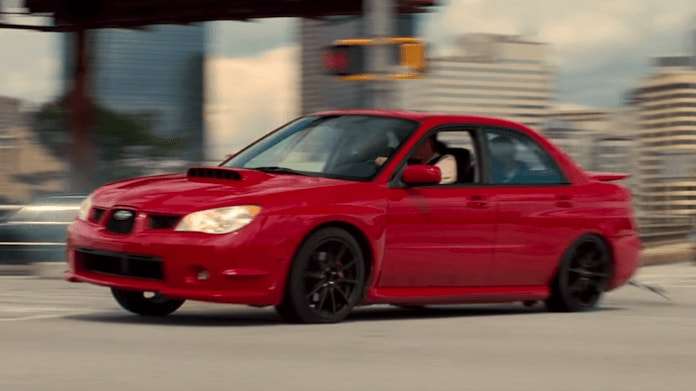 Ansel Elgort reveals how he wanted the Subaru WRX STI from the movie “Baby Driver” so bad he got it.
Advertisement

“It’s a Subaru WRX STI, it’s the one from the opening scene,” the 23-year-old actor told Seth. “I just kept begging them for it to let me have it.” Elgort wanted the Subaru WRX STI from “Baby Driver” so bad, he asked the producers for six months if he could have it. He even said he would buy the modified Subaru performance car from them.

“I said ‘I’ll buy it, I’ll do whatever’ and I just kept following up and emailing. If you want something in life you just keep following up,” Ansel joked. “I just kept emailing the producers saying, hey I want that car, let me get that car, and then months later when it was my birthday, about six months later, they gave it to me. Persevere!” as he gave a fist pump.

The 2006 Subaru WRX STI from the film Elgort received from the producers for his birthday, was a stock 2006 WRX STI with the rear wing removed. Three other Subaru WRX were used to make the film, one was a modified WRX with over 320hp and other powertrain upgrades, another was an automatic transmission model with a camera on top, and another was a WRX converted to RWD. One WRX from the movie was even auctioned off for $69,100 on eBay in August.

Now the actor can be seen driving the 2006 Subaru WRX STI from the film, ‘Baby Driver’ when he isn’t working. Elgort says the guys at the neighborhood deli near where he’s lived for two years call him “Baby” when he comes in.