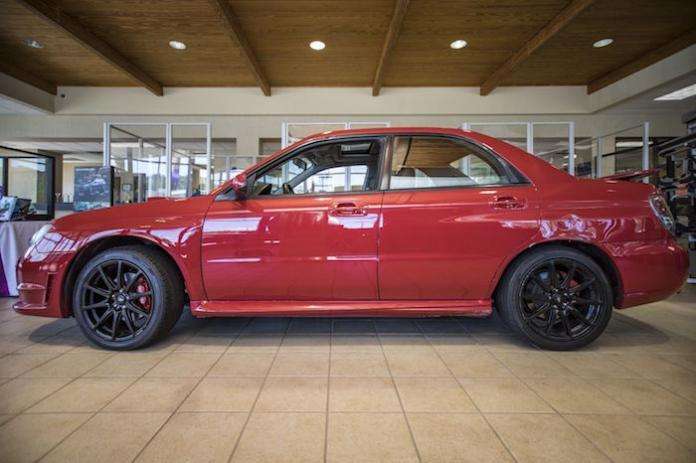 The 2006 Subaru WRX stunt car from the movie ‘Baby Driver’ sells for an amazing amount on the eBay auction.
Advertisement

The 2006 Subaru WRX stunt car was a Limited trim with 158,000 miles on the odometer, with an upgraded 2.5-liter turbo boxer engine, a 5-speed manual gearbox, leather seats with sunroof, and black interior. This Subaru WRX was converted to rear wheel drive and received an upgraded rear differential as well as a 2004 STI turbo. It was tuned by Doug Wilkes at DBW Motorsport. It even came with the sun glasses worn by Ansel Elgort, who plays the title character “Baby”. 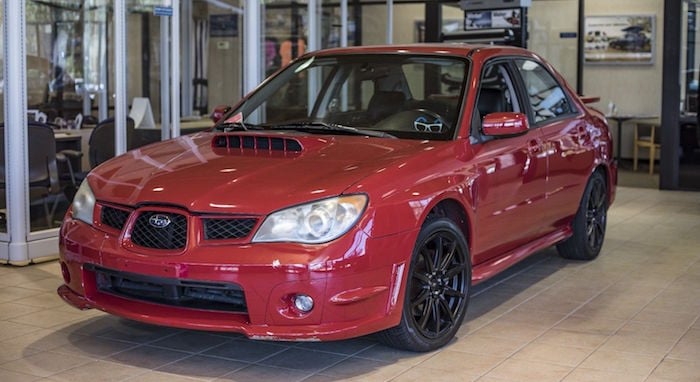 The 2006 Subaru WRX had a few dings in the body as this car did its own stunts. The action film from Sony and Writer and Director Edgar Wright, didn’t rely on CGI (computer generated imagery) to do the chase scenes. The WRX, other get-away cars and police cars did their own work. They’ve also put the ‘Baby Driver’ police car up for auction on eBay, and we are guessing it won’t sell for anything near the WRX. You can check it out here.

In the movie, they used three different 2006 Subaru Impreza WRXs for the filming. Ansel Elgort drives this getaway car for his mob boss, who easily outruns the cops in his bright Red 2006 Subaru Impreza WRX. It was the prefect role for the rally-bred performance sedan. This ‘Baby Driver’ Subaru WRX stunt car sells for an amazing $69,100 yesterday on the eBay auction. Will there be a sequel with another Subaru WRX? Stay tuned.