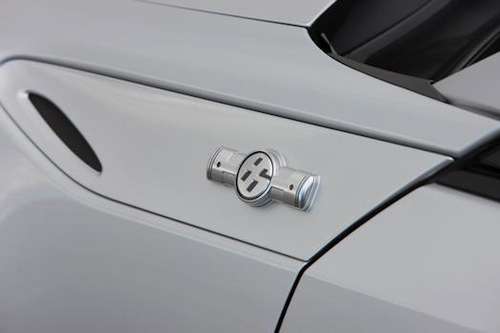 Toyota will feature a number of custom GT 86/Scion FR-S custom coupes at the Tokyo Auto Salon and according to Carscoop, they will unveil no less than five new models. We have seen what Subaru and Honda will be featuring at the 2013 Tokyo Salon and Toyota won’t be outdone by its Japanese competitors. The report says that Toyota and its tuning partner, Gazoo Racing will unveil at least five customized vehicles at this years salon and possibly up to ten.

Carscoop says the five custom two-door GT 86/Scion FR-S-based coupes will be the GRMN Sports FR Concept Platinum, 86 TRD Griffon Concept, Tom’s N086V Concept, 86 × style Cb and 86 Modellista Concept. These custom concepts will all be based on the Toyota GT 86 rear-drive coupe. The other unconfirmed models could also be based on the GT 86, but there is no official announcement from Toyota.

One of the five mentioned concept coupes that will be featured at the Toyota booth will include the GRMN Sports FR Concept Platinum which will feature a twin-charged boxer engine pumping out 325 hp. The concept will be built by Toyota tuning partner Gazoo Racing in Japan that has built a number of prototypes, race cars and concept cars.

The GRMN Sports FR Concept Platinum is certainly intriguing and the twin-turbo boxer engine with 325 horsepower would definitely bump up the excitement of the GT 86/Scion FR-S to the next level. The new concept will also feature custom front and rear lights, a race-inspired exterior styling including a large wing on the rear deck and custom racing seats and other interior treatments to set the GRMN Sports FR Concept Platinum apart.

With Akio Toyoda’s vision to change the culture at Toyota, we could be seeing the forerunner of some new future faster version of the GT 86. We know that Subaru is working on a new turbo engine for the BRZ and already has developed the first supercharged version of the 2.0-liter FA-series four-cylinder naturally aspirated engine that is now used in the 2013 Subaru BRZ and the Scion FR-S.

The Gazoo Racing team could be what Toyota chooses to develop the powerful new GT 86, or TRD, its own in-house aftermarket division. The Japanese translation of a modified GT 86 says it all. "This maneuver at high levels is a circuit sports model that achieves stability and driving sex, exterior to pursue driving pleasure, is a joy to have."

Another intriguing concept model coming to Tokyo will be the 86 x style Cb, which shows an “Aston Martin-esque” front bumper, and unique headlights that are quite different than the current GT 86/FR-S. Look for the new custom GT 86/Scion FR-S coupes at the 2013 Tokyo Auto Salon which begins on January 11, 2013.