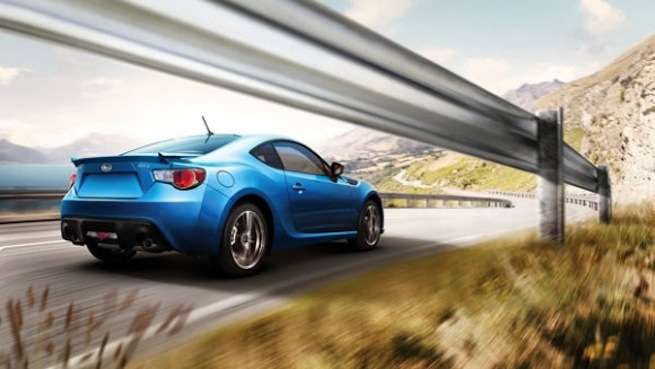 The new 2014 Subaru BRZ has been announced in Canada and it gets some new high-tech upgrades for the new model year.
Advertisement

The 2014 Subaru BRZ is still light weight, has a low center of gravity and has precise handling, but the new model goes high-tech with two new standard features. Subaru has announced the new 2014 BRZ in Canada and its comes with some new high-tech features for the new model year. We can still expect the same fun-to-drive two door coupe sports car with a 200 horsepower Boxer engine with 151 lb. ft of torque. But it comes with some notable new upgrades inside.

The new 2014 BRZ will feature two levels of equipment for additional comfort. The Subaru BRZ Sport-tech Package offers some external goodies like front fog lights, and in the rear, body-color trunk spoiler. Inside, the seats are upholstered with Alcantara inserts and leather bolsters.

The BRZ Sport-tech Package substitutes a dual-zone automatic climate control for the entry level BRZ's manual HVAC system. In the BRZ Sport-tech Package, heated front seats as well as keyless access and start with illuminated engine start/stop button add to the convenience and sporty attitude of the car. Also, the dual visor vanity mirrors are illuminated, while front door courtesy lights illuminate when the doors are opened.

Driving enthusiasts can still choose between a six-speed manual and an optional six-speed automatic gearbox. Subaru Canada did not release pricing, but in the U.S., the 2014 BRZ gets a slight price increase of $100 over the 2013 model.

The 2014 Subaru BRZ will still remain a popular sport coupe with its affordable price and fun to drive attitude and its a great choice for driving enthusiasts. While the horsepower remains the same, so does the level of driving dynamics that Canadian buyers are looking for. Look for more Torque News stories upcoming on the new 2014 Subaru BRZ.