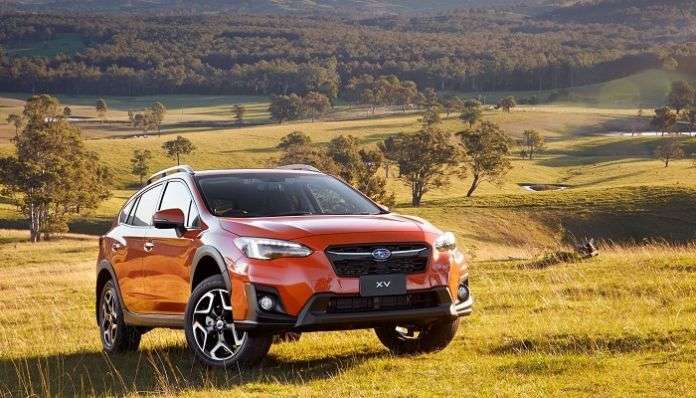 Subaru Will Hit Highs 9 Consecutive Years; Thanks To Crosstrek and Impreza

Subaru Corp reports they will hit highs for their 9th consecutive year. They can thank the 2018 Crosstrek and Impreza.
Advertisement

Subaru sales in North American, and global sales are projected to post record highs for the 9th consecutive year and the 6th consecutive year, respectively. Subaru can thank the $1 Billion investment they made in their new Subaru Global Platform (SGP) that underpins the new-generation 2018 Crosstrek crossover and Impreza compact.

In the U.S., the Camden, NJ automaker reported year-to-date sales of 532,893 vehicles, a 6.4 percent gain over the same period in 2016. The new-generation 2018 Impreza was up a whopping 123.7 percent and newly-remodeled 2018 Crosstrek saw a 29.9 percent increase for the month. The two models are the shining stars and kept Subaru of America (SOA) on the upward trend.

Global sales are up

It isn’t just Subaru of America that is up. Subaru Canada is up 9.2 percent for the year and on pace to eclipse annual sales record set in 2016. The all-new 2018 Crosstrek led the way again as the best-selling Subaru model setting an all-time high for October. Crosstrek saw an 18.3 percent increase over the same month last year. Impreza also set records for the month of October with a 31.5 percent gain compared to October 2016.

Subaru Australia is also up 13.2 percent year-to-date (YTD) in an overall market up just 0.5 percent. It was their 34th consecutive month of sales growth down under. Leading the Subaru charge was also the new-generation Crosstrek (XV) followed by new-generation Impreza up 162.6 percent YTD.

Even with the invalid inspections scandal, Takata airbag-related losses, an increase in R&D expenses and dialing back their earnings forecast, barring a global financial meltdown, Subaru Corporation will post record highs for the 9th consecutive year in the U.S., and the 6th consecutive year globally. They can thank the new-generation 2018 Subaru Crosstrek and Impreza.