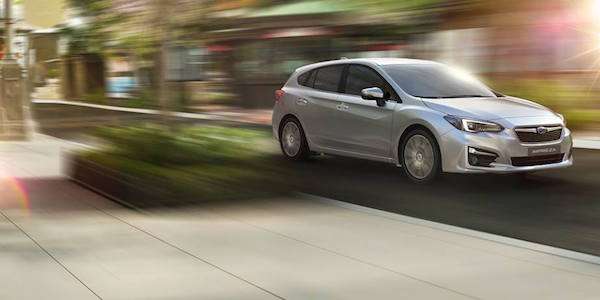 Why did Subaru spend $1 billion dollars to revamp the 2017 Impreza? It’s safety first for the Japanese automaker.
Advertisement

Subaru puts their money where their core values are. Why did they just spend $1 billion dollars to give the new 2017 Impreza a makeover? According to a report by Forbes, Subaru spent the big money because it helped develop their new Global Platform that will underpin every new model from here on including, the Subaru Crosstrek which will be next, followed by Forester, Legacy, Outback and WRX/STI. The rear-drive BRZ sports coupe rides on a different platform shared with the Toyota 86.

Subaru’s Masahiko Inoue, in charge of the Impreza’s R&D program told Forbes, they spent more than double the amount developing the new Impreza sedan and 5-Door. He says, “Our budget was actually a little more than twice that of its predecessor. And it took almost four years to complete.”

The investment is about safety too

One of Subaru’s core values is building safe automobiles, and the new 2017 Impreza will be the safest model the Japanese automaker has ever produced. According to the report, the compact car’s new architecture will withstand the most stringent new crash tests by IIHS, and could possibly meet 2025 test requirements. This will give Subaru world-class safety ratings.

The safest Subaru ever

The compact Impreza can even survive an impact by an SUV weighting 2.5 tons at 66 mph. After an impact, Impreza’s A and B-pillars will retain their integrity protecting the occupants. The platform it rides on will give the 2017 Impreza, and all Subaru vehicles with the new platform, the highest crash safety ratings in their segments.

The 2017 Impreza sedan and 5-Door models will also be the first to come standard with Subaru’s Eyesight Version 3 technology and first-ever pedestrian airbag. The $1 billion dollars Fuji Heavy Industries (FHI) spent on their new 2017 Subaru Impreza was money well spent as they use the technology to make all their vehicles safer moving forward.

Kenneth Johnson wrote on September 26, 2016 - 7:49am Permalink
I own a 1999 Subaru Outback 30year addition with over 200,000 miles I'm the third owner of the vehicle. I think it's my favorite car, which I've owned 27 new cars over 50years.The Outback has all what matters too make it a great car in all categories.