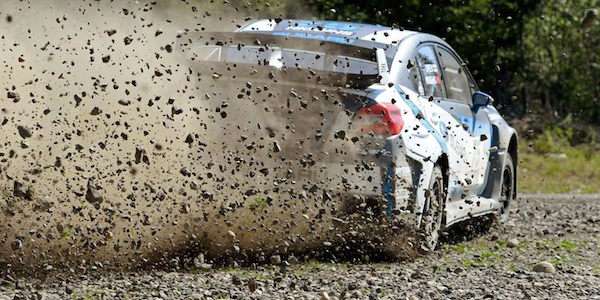 Subaru announced both David Higgins and Travis Pastrana will be behind the wheel of their 2017 Subaru WRX STI rally cars next year. They will be racing in the newly-formed American Rally Association (ARA) National Championship series.

This will be the inaugural season for ARA which will be affiliated with United States Auto Club (USAC). ARA hopes to attract more manufactures like Subaru who will keep rally racing alive in the US. ARA will offer a six-event schedule in 2017.

It’s Subaru’s goal to continue to showcase their all-wheel-drive performance WRX STI cars and have a platform to develop new technologies that get transferred to their production cars. ARA will offer the new National Championship series for Subaru and other manufacturers starting with the first race in February, 2017.

Travis Pastrana, who returned to Subaru in 2014, has only raced partial seasons with Subaru Rally Team USA. In 2017, he and Robbie Durant will contest the full season with David Higgins and Craig Drew. Pastrana is ready to get it going in all six races.

Pastrana is ready to dethrone the King

“I'm really excited about 2017. The last two years I've had to limit my rally schedule due to my other commitments but I'm running the full championship in 2017 and trying my hardest to dethrone Higgins,” said Pastrana.

Subaru says they will continue to offer “one of the best contingency programs in motorsport” for both regional and national ARA entrants, where top Subaru competitors have the potential to win over $55,000 in payouts.

Subaru will participate in other motorsports events, like Red Bull Global Rallycross, with the 2017 WRX STI race cars and they will announce those later this month. Stay tuned.