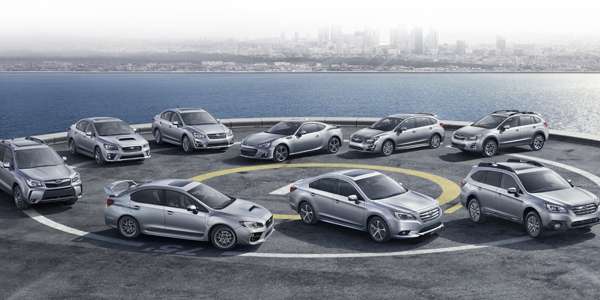 Subaru second among all brands for honest fuel economy claims

An independent test by Auto Motor und Sport shows Subaru one of only five brands to beat official mpg ratings. The other four may surprise you.
Advertisement

There’s a lot of controversy surrounding manufacturer claims on official mpg figures in the news right now and some automakers are stretching the truth. What automakers are being honest when it comes to real world numbers? German magazine Auto Motor und Sport tested 600 production models from all major car manufacturers to find out. Subaru was named as one of only five brands to beat fuel efficiency ratings in real world driving.

The tests were carried out over a two year period to establish how efficient cars are under normal driving compared to their official fuel consumption figures. Around 600 cars were independently tested by the German car magazine and then their official fuel economy and emissions ratings were compared against the New European Drive Cycle (NEDC) fuel efficiency tests that every new car must undergo.

How did the automakers rate?

Only five brands beat fuel efficiency ratings in real world driving. Jaguar was the best as the test showed their models consume 11.4 percent less on average. Subaru ranked second place in the test, to beat its official NEDC rating. Testers recorded a 6 percent average improvement over the official ratings for cars across the Subaru range. Infiniti was next at (-5.2 percent), Porsche (-4.8) and Land Rover (- 3.4).

Toyota and Lexus were almost exactly on the NEDC standard with a 0.8 percent deviation. Mazda, Nissan, Hyundai, Jeep, Skoda, Audi, Mercedes, BMW and Kia all fell short of their official fuel economy figures. The largest deviations were Peugeot (+ 14.4 percent), Renault (+ 14.3) and Fiat (+ 12.8).

The tests were conducted by Auto Motor und Sport on a set 171 mile (275km) test course, which included country roads, highways and congested city traffic. Subaru’s Outback, Forester, Crosstrek, WRX/STI, Impreza, Legacy and BRZ all recorded improvement over the official ratings. Wards Auto recently conducted another real world test on the 2016 Subaru WRX and found it also achieved better fuel mileage than advertised. Except for Porsche, it appears automakers from Japan and Great Britain are more honest than the rest.

Somebody wrote on January 22, 2016 - 5:03pm Permalink
Yet another "news article" with a misleading title. The contents indicate that TOYOTA is the most honest. Subaru overstates the fuel consumption by 6%.