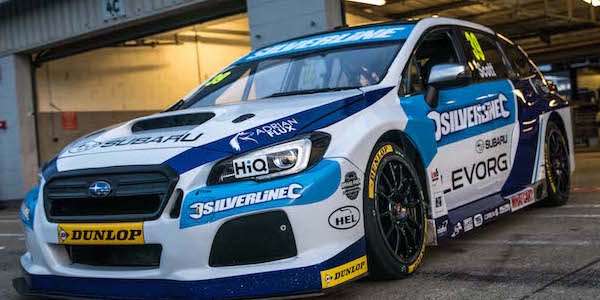 Subaru’s First BTCC Season, How they are in Contention for the Championship Title

It’s Subaru’s first British Touring Car Championship season and they are in contention for the championship title. How did they do it?
Advertisement

It’s been an incredible ride for Subaru and Team BMR in their first BTCC championship season. Team BMR and Subaru runs four Levorg sports tourers in the BTTC series, and the rear-drive configuration has presented challenges from the start. It didn’t deter Subaru's BMR Levorg Racing team from developing the four Subaru all-wheel-drive cars to adapt to a successful rear-drive setup.

A setback from the start

They started slow and had problems from the beginning getting the Subaru wagons dialed in. The team made progress and learned lessons during the second race of the BTCC season. Colin Turkington had a top-ten result finishing in 10th place in the new Subaru Levorg. James Cole’s Subaru Levorg suffered major damage after the sports tourer caught fire.

A one-two finish for the Subaru team

At Croft, two weeks later, Colin Turkington led the first race from start to finish and Jason Plato took second place. It was the first one-two finish for the Subaru team. Turkington had the pole position, his second in back-to-back races.

At Knockhill, it was Jason Plato who was in the spotlight. He qualified in first place and ran a lights to flag race. It was a huge milestone for Plato. He was celebrating his 500th BTCC race, and he did it in style with a win.

They’ve been battling for points all season and with the season finale coming up next weekend, both Colin Turkington and Jason Plato are in contention for the 2016 championship title. Turkington has 241 points, just 37 points behind leader Sam Tordoff in his BMW. Jason Plato isn’t far behind with 220 points going into the final round.

Team BMR has had an amazing ride in Subaru’s first-ever BTCC Championship season in the rear-drive Subaru-powered Levorg wagons. With the way the team has been running strong, they are in contention for the championship title. Stay tuned.