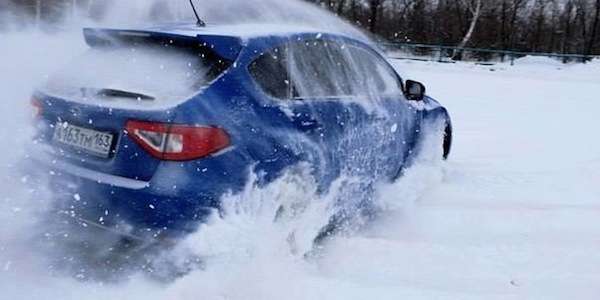 Subaru is recalling 2008-2014 WRX/STI performance cars and other vehicles in the lineup for a second time. They need to recall the vehicles to fix rusty brake lines that can leak fluid and cause longer stopping distances. There will be around 199,000 Subaru cars and SUVs recalled in total and they are all from cold-weather states.

Subaru says in documents posted last week by the National Highway Traffic Safety Administration, that salt water could reach some brake lines in these vehicles and could rust through after several winters because of a gap in the shielding around the fuel tank. This could result in the brake lines leaking fluid which would cause a warning light to illuminate. The effected Subaru cars would still be able to stop and would not lose complete braking power. Subaru said the driver “might misjudge the amount of brake pedal travel required to achieve the desired stopping distance.”

Why is there a second recall?

Subaru says the recall from last year for the same problem didn't work due to incomplete repair instructions to dealers. Dealers will now apply a corrosion-fighting wax to a brake line connector at no cost to owners. So if you had the repair done last year, you need to have it redone.

Subaru says that if owners are concerned about their vehicle and live outside the 20 state recall area, they can take their vehicle to a local authorized Subaru dealer for inspection. If it’s necessary, Subaru will perform the repair free of charge. If you own a 2008-2014 Subaru WRX or WRX STI, 2009-2013 Forester or 2008-2011 Impreza and you live in the eastern U.S. salt belt states, contact a Subaru dealer for more information on the recall.