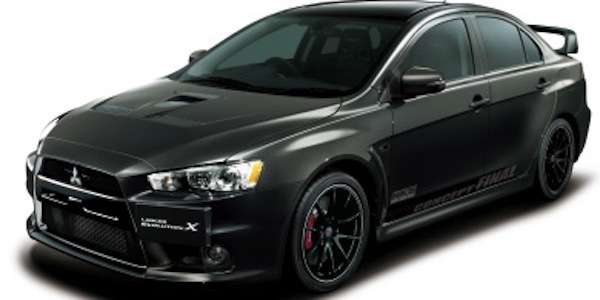 The most powerful Mitsubishi Lancer EVO ever makes global debut

How much power will it have?

Lancer Evolution X Final Concept will be pumping out a massive 473 hp (480PS) and will be equipped with a HKS turbocharger, special high-performance intake system, exhaust system, fuel delivery system, cooling system and Engine Control Unit (ECU) all upgraded and tuned by HKS who is one of the best known aftermarket brands in the world. Everything HKS manufactures, is tuned to surpass the OEM equipment. They have succeeded in a big way.

Mitsubishi Lancer Evolution enthusiasts have been suffering withdrawal symptoms ever since Mitsubishi announced it was not building any more Evolution performance sedans. We know a special edition EVO is coming to the U.S. after the last production models finish their run later this year. It’s not clear whether the U.S. will get a special edition with this much power. The Final Concept is based on the five-speed manual GSR model and generates 182 more horsepower than its donor car.

The special edition EVO with a 6-speed manual

A Mitsubishi source told Motoring.com that when it phases out the six-speed TC-SST automatic transmission in March 2015, the 2015 Mitsubishi Lancer Evolution limited edition model will be offered in Japan with a 6-speed manual gearbox. There’s no word on whether this new transmission will be coming to the U.S. market. Stay tuned.