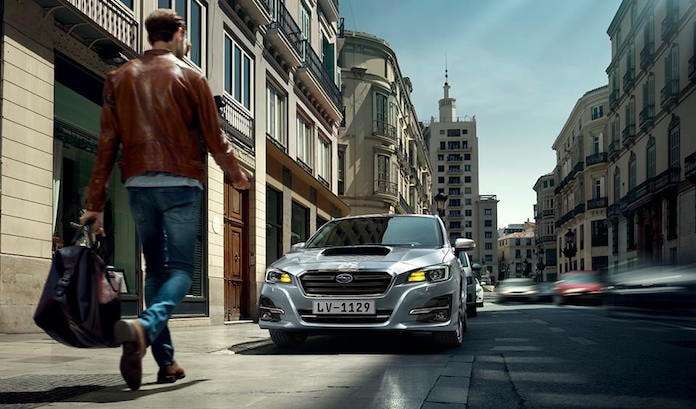 Subaru steps up big with a $2 million investment in the American Center for Mobility. What will it mean for American consumers?
Advertisement

Subaru of America announced, it is investing $2 million in a new driverless-car proving ground in Michigan. It’s called the American Center for Mobility (ACM) that will become the global destination for testing connected and autonomous vehicles and mobility technologies,” said John Maddox, president and CEO of the Center.

This is quite a switch from what Tetsuo Onuki, chief general manager at Subaru’s technical research center, said last summer. He said, Subaru Corporation is not aiming to develop driverless cars, their goal is to make driving safer for consumers. They have been doing this with their EyeSight driver assist safety system they first launched it in 2008. Because safety is a core value for the brand, they aren’t changing their direction, the Japanese automaker’s goal is creating a safer car for Americans.

The announcement says, the $2 million strategic investment Subaru is committing, will allow the Cherry Hill, N.J. automaker to hold a position on the Center’s Industry Advisory Board (IAB). They will join AT&T, Visteon Corporation, Toyota, Ford and Hyundai “to provide ACM leadership expert advice on emerging business needs and strengthen the Center’s ability to meet market demand.”

Because Subaru of America sells over 60 percent of the cars Subaru Corporation manufacturers around the globe, they want to stay current with what’s going on with other automakers in America. Kaminaga Shirakawa, vice president of Subaru Research and Development said at the announcement, “The U.S market has long been a very important part of the success of Subaru, and as so, it is a major goal of ours to create a product that will be appealing to the U.S. customer.”

Developing safer cars is the goal

Subaru will use the driverless-car proving ground’s 500-acre site here in the U.S. to test under a range of driving conditions and infrastructure that includes a 2.5-mile highway loop, a 700-foot curved tunnel, two double overpasses, intersections and roundabouts. They say it will help Subaru develop their new vehicles in a myriad of real-world environments. Subaru was at ACM for training last week and plans to test on the track later this week.

Subaru Corporation also spent $27 million last year upgrading their test track in Japan at the Bifuka Proving Ground. In Japan, Subaru is working on improving their EyeSight advanced driver assist technologies in conditions including expressway curves, merging and diverging on expressways, and urban intersections. All are similar to roads in the U.S.

Kaminaga Shirakawa, went on to say, “We are looking forward to working with ACM in the future development of the facility, and using this impressive resource to provide the highest quality product possible.”

Subaru of America is taking on a bigger role with Subaru Corp in developing new driver-assist technologies. Consumers in the U.S. will see vehicles like the Subaru Outback wagon, new-generation 2019 Forester SUV, 2018 Crosstrek crossover and all-new 2019 Subaru Ascent 3-Row family hauler come with more advanced driver assist safety technology in the near future.