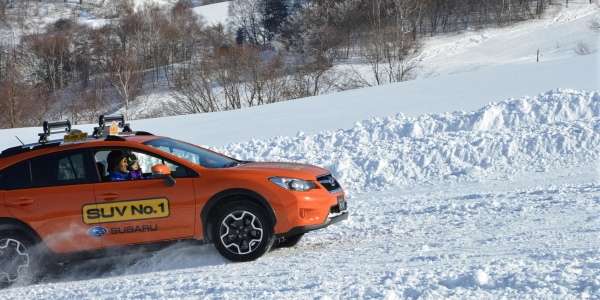 Subaru introduces its vehicles to a new generation of adventure seekers

How does Subaru introduce their vehicles to the next generation of adventure seekers? Free rides up the ski slopes in the 2015 Forester, XV Crosstrek and Outback “Slope Taxi.”
Advertisement

Subaru is giving free rides up the ski slopes in their new 2015 Forester SUV, XV Crosstrek crossover and Outback wagon to skiers in Japan this winter. Is there a better way to introduce their vehicles to the next generation of buyers? Subaru is a niche market automaker and they build multi-purpose all-wheel-drive vehicles that people use for recreation.

Now a young generation of future car buyers get to experience the new Forester, XV Crosstrek and Outback’s driving performance in extreme snow conditions as they power up the ski slope to the top of the mountain. They won’t have to get on the chair lift, but they will likely have to wait in line for the ride in the Subarus.

Fuji Heavy industries, is holding three events this winter and giving skiers the chance to ride up the ski hills in the “Slope Taxi 2015.” The first even in February 2014 at Shinshu Sugadaira Pine beak Ski area was so successful, that Subaru will hold three more events this winter. 900 skiers rode in the AWD Subarus last winter and got to experience the vehicles superior traction while riding up the ski slope.

Three new events are scheduled for 2015

The young skiers can go to the “Slope Taxi 2015” booth and get a commemorative photo taken in front of the Subaru ski taxis and then post it on Twitter, Facebook and Instagram with the hash tag "# slope taxi" to win prizes. It’s a brilliant marketing program by Subaru to expose the next generation of adventure seekers to their AWD vehicles. They get to experience the 2015 Subaru Forester, XV Crosstrek and Outback’s capabilities first hand in the snow.