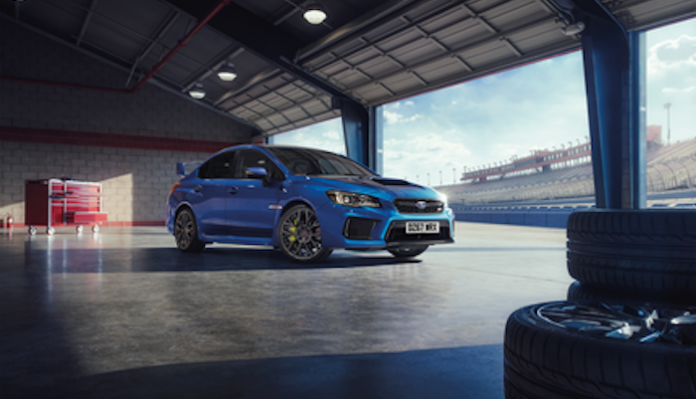 Subaru will axe the WRX STI in the UK, and a Final Edition model will finish out its run in Europe. What’s in store for the iconic STI?
Advertisement

If you live in Europe, you won’t be able to buy the iconic Subaru WRX STI performance car much longer. Subaru UK just announced the STI will be axed from the lineup. They didn’t say the milder WRX is going away yet, but WRX STI will get a new “Swansong Final Edition” as its final hurrah in the UK.

We are speculating, with the demise of Internal Combustion Engine (ICE) vehicles in Europe, Subaru Corporation made the decision to drop sales across the pond. The gas hungry WRX STI doesn’t fit the European EV mold and it’s going away forever in its current form.

Subaru UK’s official press release about axing the WRX STI says, “With the launches of new models, and investment in platform and powertrains going forward, the timing has felt right to open a new chapter for Subaru and allow WRX STI’s heritage to inform future developments rather than being continued.”

What’s in store for the iconic STI? Subaru is working now on a plug-in hybrid model for 2018 (likely a Crosstrek) and an all-electric EV to launch in 2021. Subaru will be developing new hybrid, plug-in hybrid and all-electric powertrains for the STI as the internal combustion engine will eventually meet its demise. It could be 8-10 years away, but it’s coming.

UK performance fans will get a “Swansong Final Edition” to finish out the STI’s run in the UK where it holds special significance for European rally enthusiasts. The Final edition model will be limited to just 150 examples to say farewell to this icon machine, and marks the end of this era of Subaru’s heritage in the UK.

The “Swansong Final Edition” is similar to the 2018 Subaru WRX STI Type RA being sold in the US market, but it’s likely the stock 2.5-liter engine with 305hp and 290 lb. ft of torque. Subaru UK didn’t say it would get any engine mods. Like the Type RA, UK’s version gets 19-inch wheels, larger Brembo brakes with yellow painted calipers, changes to the front bumper and grille, red-stitching on the inside and a Final Edition badge is mounted on the door.

The 2018 Subaru WRX STI Final Edition is available to order from 1st November, priced at 33,995 British Pounds OTR (on the road). Say goodbye forever to the Subaru WRX STI in Europe. It’s an end of an era for the iconic rally-bred STI and shows what’s in store for European ICE performance enthusiasts. It doesn’t fit the new EV revolution coming to Europe and the globe, and it’s an indication of what’s coming to the US. Stay tuned.