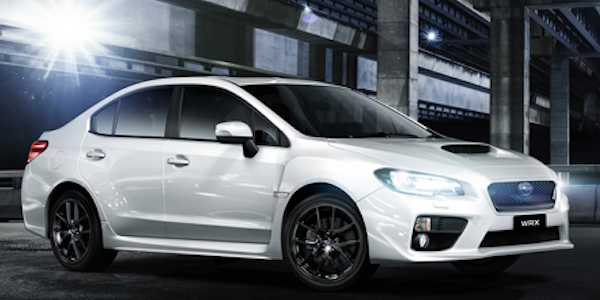 Subaru has sold the WRX in Australia for over 20 years and has reached 50,000 of the performance models delivered to Aussie customers. To celebrate the milestone, Subaru AU is offering a 2016 Subaru WRX Special Edition model down under. WRX has a storied history in Australia with Team Subaru Australia having been part of the World Rally Championship for 22 years. They were fine tuning the WRX for production and also winning 10 Australian rally championships for Subaru.

The special WRX model will get additional upgrades inside and out. Subaru AU says the WRX Special Edition will only be available for a short time and stocks are limited. What sets it apart?

The WRX 50,000th Special Edition will be powered by the 2.0-liter turbo boxer with 197kW and 350Nm of torque. On the outside, it gets Black 18” BBS performance alloy wheels. On the inside it features leather seats with red accents, STI style interior door trims with red stitch accents, STI gear knob (MT), red ringed air-conditioning dials and a red stitched MFD visor.

Tesla Giga Berlin's New Hurdle: It's Not Only the Gov't, but Now Tesla Itself
Teslas Are Sold Out Until 2023, But The Timing May Reverse
END_OF_DOCUMENT_TOKEN_TO_BE_REPLACED