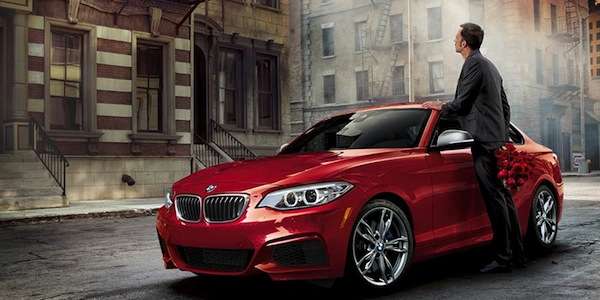 Three BMW models are the top ranked vehicles in their categories according to the J.D. Power 2015 U.S. Initial Quality Study. What are the top 3 BMW’s?
Advertisement

When people think of BMW, we think of the advertising slogan, “The Ultimate Driving Machine.” BMW is changing its persona to be a brand that is not just known for its fun driving dynamics to one that is the most reliable. What BMW has found is that the overall initial buying experience gives customers immense delight in their purchase.

The 2015 BMW 2 Series, BMW 4 Series and BMW 5 Series have all ranked number one in their categories according to the J.D. Power 2015 U.S. Initial Quality Study (IQS).  Also, BMW ranked 6th among all the brands, considerably above the industry average.

What this means is that new BMW 2 Series, 4 Series and 5 Series owners are having a good experience in the first 3 month’s of ownership. It’s a powerful thing that translates to happy customers for the brand. BMW owners of the three models report few problems with their cars.

The score is based on problems that have caused a complete breakdown or malfunction, or where controls or features may work as designed, but are difficult to use or understand. BMW says they are trying to simplify technology in their new cars and also show the new BMW owners how to use it.

Ludwig Willisch, President and CEO, BMW of North America says, “IQS is the leading indicator of customer delight in the initial phase of ownership as it measures not only how well our vehicles perform but also how well our dealers are doing in demonstrating the functions of the new vehicle. The model rankings show improvements across the board from existing to new models with the clear challenge being to improve and simplify technology.”

At least in the first 90 days of owning a new 2015 BMW 2 Series, BMW 4 Series and BMW 5 Series, J.D. Power says their owners are feeling immense delight with their new premium cars.