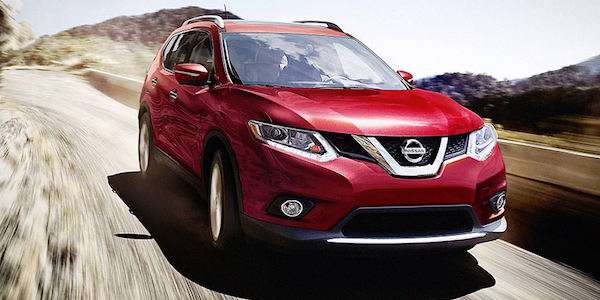 If you are looking for the best lease deal on a small SUV, the 2016 Nissan Rogue offers the lowest.
Advertisement

Wantalease.com, the nation's first online marketplace for new car lease deals, says the best small SUV lease deal in America is the 2016 Nissan Rogue. They say the best car leased deal in the US is the Volkswagen Jetta S, offered at $99 monthly.

The small SUV is the fastest growing segment in the auto industry and many consumers are looking at vehicles like the Toyota RAV4, Subaru Forester, Honda CR-V and the Mitsubishi Outlander. Nissan makes the Rogue which is sometimes forgotten about in the crowded small SUV segment.

Nissan Rogue is the lowest at $189

The popularity of small SUVs is increasing likely because of their multi-purpose utility, all-wheel-drive capability and improved fuel mileage. Executive Vice President of swapalease.com says, "For some time now, trucks and utilities have been the talk of the automotive world with their popularity increasing as a result of low gas prices and credit availability. We're now seeing this momentum carry over into lease deals. We are seeing more trucks and utilities being offered at lower monthly payment points than we've seen in the past."

In our testing of the Nissan Rogue, we found it to have one of the most car-like rides and handling of any small SUV. It offers plenty of cargo carrying ability and will haul five adults comfortably. The cabin is a comfortable place to spend time and makes the commute go by quickly. Nissan uses what they call Active Ride Control to smooth out the bumps and it works. The Rogue’s cabin is high on the comfort meter and is a strength for this class. For city commuting and running around town, the Rogue’s 2.5-liter engine has just enough power for most driving situations.

The 2016 Nissan Rogue was named a 2016 Consumer Guide Automotive Best Buy. We can see why with its 25/32 city/highway mpg, refined interior and passenger and cargo versatility. If you are looking for a small SUV, the Rogue now comes with the lowest lease deal in America.