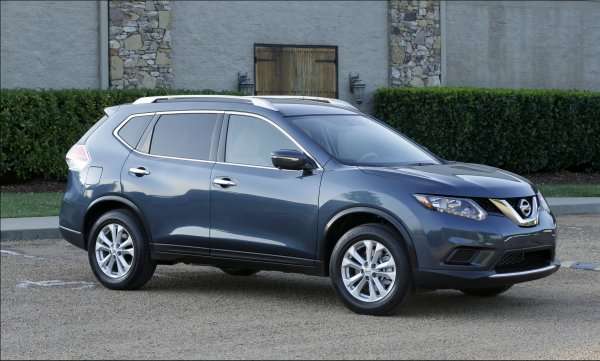 What's Coming in the 2016 Nissan Rogue

The Rogue continues its sales boom this year and Nissan wants to continue that trend as they introduce the updates and changes for the 2016 model year, hitting showrooms this fall. We look at what's coming to the new 2016 Rogue.
Advertisement

The Rogue has seen sales skyrocket in the past year, with year-to-date sales up 36.3 percent for the year, compared to last year. When the next model year of the popular crossover, the 2016 Nissan Rogue, enters showrooms later this year, Nissan hopes that the changes made to update its content will keep that growing sales snowball rolling, building on seven consecutive year-over-year sales gains for the crossover.

Updates for 2016 include some advanced safety items and more technology offerings in the new Rogue. These feature options will be accompanied by some important daily-use ergonomic additions that will further enhance the Rogue's appeal to many buyers. That's what Nissan is banking on as they aim to keep the Rogue at the top of its class for value and versatility.

2016 will mark the third year since the Rogue was completely redesigned and the standard and extra features available in years past, such as the award-winning AroundView monitor with a 360-degree view of the vehicle when backing up, will continue to be available. Added to that will be the option to get Forward Emergency Braking (FEB) to further enhance safety on the road in the Rogue.

"The crossover segment, particularly small crossovers, is the hottest part of the automotive market right now," said Fred Diaz, senior vice president, Sales & Marketing and Operations, U.S.A., Nissan North America, Inc. "The Nissan Rogue is leading the sales growth pace and has not yet shown us the upper limits of the potential in the market."

Other additions include a Motion-Activated Power Liftgate that allows hands-free liftgate operation for the driver with the Rogue's keyfob on their person. Another technology update will include Siri Eyes Free for Apple/iOS users, along with improved telematics services. This includes more NissanConnect Services and apps, powered by SiriusXM.

Nissan promises that other changes, including some model/trim content shuffling will be forthcoming leading into the 2016 Rogue's availability this fall.