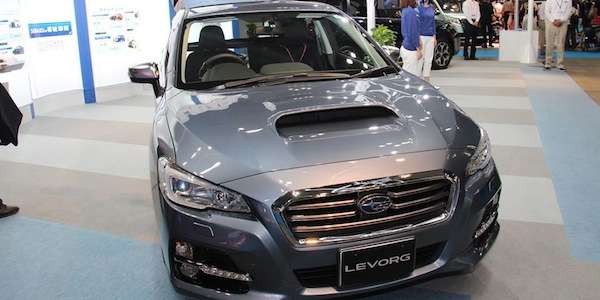 See how Subaru used the 2015 Legacy 2.5i as inspiration to develop a smaller turbo engine for the new LEVORG Sports Tourer. The 1.6-liter turbo is impressive.
Advertisement

Sometimes the inspiration to improve comes from other automakers, and it can also come from within your own organization. This is what Subaru engineers did when they developed the all-new FB16 DIT engine that comes in the new Subaru LEVORG Sports Tourer. They used their own 2.5-liter engine from the North American 2015 Subaru Legacy to be the inspiration to build a better engine. And Subaru did such a good job with the new FB16 that the new engine has won the 2014 “Technology Award” from the Japan Combustion Society.

What was Subaru’s motivation?

Subaru’s motivation for developing the new smaller powerplant was not to win any awards. They did it to see if they could develop a smaller turbocharged engine that would surpass the current 2.5-liter engine output that is used in the North American 2015 Legacy sedan. The new LEVORG Sports Tourer was developed for the Japan and European markets and they needed a more fuel-efficient engine for the sporty wagon.

Subaru engineers go to work on the 1.6-liter turbo

Subaru engineers took the new 1.6-liter engine and based it on their current 2.0-liter turbocharged direct-injection turbo engine technology. The goal from the beginning was to develop the new engine that would have “equal to, or higher performance” than the North American Subaru Legacy 2.5-liter engine. The engineers went to work and came up a smaller turbo engine that had similar hp and more torque than the 2.5-liter.

Why did they do it?

Fuji Heavy Industry engineers increased the compression ratio in the new turbo engine, but they also wanted the new engine to use regular unleaded fuel. This would give the LEVORG a big advantage over the European turbo engines that required higher octane fuels, but had the same hp ratings as the 1.6-liter LEVORG. And they succeeded by designing a new downsized turbo engine that had the same power output, used regular fuel, but offered superior fuel efficiency and the same power output of the 2.5-liter.

1.6-liter outperforms the new 2.5i Legacy

The new Subaru LEVORG 1.6-liter DIT engine wins 2014 “Technology Award” from the Japan Combustion Society. FHI engineers used their own 2015 Legacy 2.5i for inspiration to build a better engine and they succeeded in a big way.