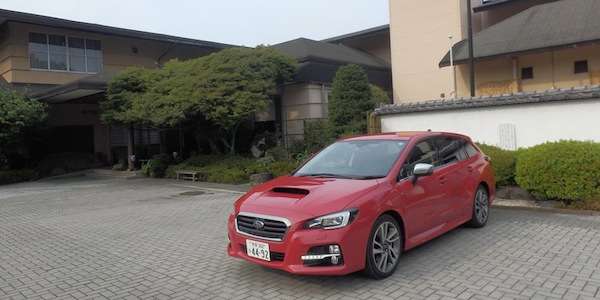 Demand for the 2014 Subaru Levorg Sports Tourer is high and the Japanese automaker has another successful launch. The all-new Levorg made its dealer launch in Japan in June and the sports wagon is selling well. Subaru reports domestic production increased year-on-year due to strong sales in the U.S. and Canada and also because Levorg is doing very well in the Japan market.

We won’t see Levorg here in the U.S.

Unfortunately, we won’t be getting the new 2014 Levorg Sports wagon here in the U.S., but we will see some of its new technologies on future Subaru vehicles. The new sport tourer features some new engine technology that we’ll soon see on many new Subaru multi-purpose vehicles. Subaru has been developing new powertrains that will be more fuel-efficient. The Levorg is the first to receive it.

We will see its new engine technology

This new engine technology will make it to other new Subaru’s in the near future. The all-new 2014 Subaru LEVORG is launched in Japan in June and will make it to European markets later this year. It’s a new sport tourer that embodies the new generation of Subaru, and features the most advanced safety technology on the planet. Levorg is a popular vehicle in Japan and should be a big hit in Europe where they embrace sports tourers.

We will see this new engine technology from the 2014 Levorg Sports Tourer in future Subaru vehicles here in the U.S. The Japan market has embraced the new Sports wagon and demand is high.