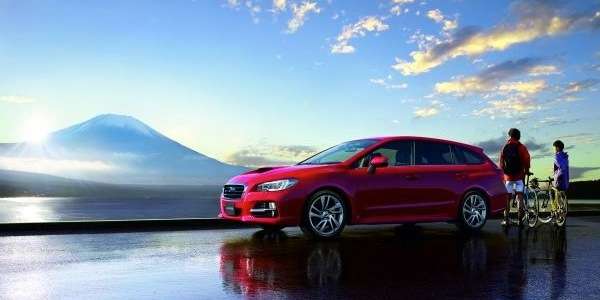 New Subaru LEVORG is a big hit but don’t look for the sports tourer in the U.S.

The 2015 Subaru LEVORG 1.6GT EyeSight S-Style is launching but don’t look for this sports tourer in the U.S.
Advertisement

The Subaru LEVORG has been a huge success for the Japanese automaker and since it launched in June, the sports tourer has been a big hit in its home country of Japan. LEVORG has seen cumulative sales of 28,092 through November 1 and has received awards from “Good Design Award 2014", JNCAP "Advanced Safety Vehicle plus (ASV +)", "2014-2015 Japan Car of the Year 10 Best Car", and was selected in the "2015 annual RJC Car of the Year 6 best.”

It has a high compression ratio, but takes regular 87 octane gasoline by performing a dense knock control. It also is Subaru’s first engine to come with “idling stop" for improved fuel efficiency. The new Subaru LEVORG 1.6-liter DIT engine just received the 2014 “Technology Award” from the Japan Combustion Society.

No LEVORG for U.S. market

Demand for the Subaru LEVORG Sports Tourer is high and the Japanese automaker has another successful launch. Unfortunately, the U.S. won’t be getting the new LEVORG Sports wagon here in the U.S., but we could see some of its new engine technologies on future Subaru vehicles. The new sport tourer features new engine technology that we’ll likely see on new Subaru multi-purpose vehicles in the U.S.. Subaru has been developing new powertrains that will be more fuel-efficient and the Japan-only LEVORG is the first to receive it.