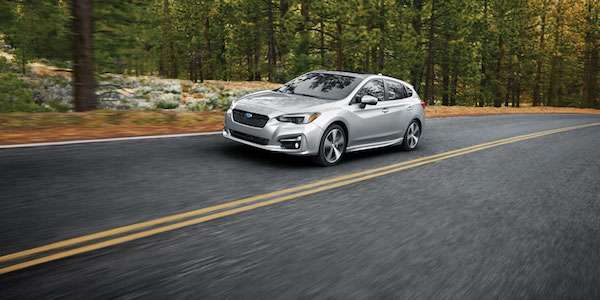 The new 2017 Subaru Impreza is going to be scrutinized like never before as it’s nominated for the World Car of the Year 2017 award. Can it win?
Advertisement

It’s the undisputed number one automotive awards program on the planet and Subaru is in it. The 2017 Subaru Impreza is nominated for the World Car of the Year 2017 award (WCOTY). The small Japanese automaker will be going against some stiff competition from auto industry giants from around the globe. It appears there’s very little chance the newly-remodeled Impreza compact could win, but even that’s it’s been nominated is an impressive feat.

The the World Car of the Year 2017 awards are the “Oscars” of the car world and competition will be tougher than ever in 2017. The WCOTY awards only includes models that are available across continents and can actually be handed to customers to drive home in. These are vehicles that range in price from around $10,000 to hundreds of thousands of dollars. Here’s the 2017 nominees.

Jurors from 23 countries will be judging cars that are eye-watering expensive, and others that boast the lowest prices. The competition is not about top-end luxury, it’s about a brilliant design as we’ve seen the modest Mazda 2 and Volkswagen Up! win World Car of the Year trophies in past years. So the 2017 Subaru Impreza with its 95 percent makeover has a chance.

Subaru’s new 2017 Impreza launches with greater interior space, plus a sporty wide and low exterior presence. The body and chassis rigidity are increased significantly and consumers across the globe should feel a big difference. According to Subaru, body vibrations have been reduced by 50 percent, Drivers should feel improved response to inputs in steering and driving dynamics, and body roll will be improved in the corners.

The all-new 2017 Subaru Impreza gets a total makeover which Subaru needed to do to make it competitive in the compact car market. The Subaru Global Platform will be featured on all new Subaru models in the next 10 years, making the small Japanese automaker even more competitive with its large rivals. Can the newly-remodeled Impreza win the prestigious WCOTY award? We’ll find out at the Geneva Motor Show in March.

Toyota vs Tesla: Which Stock To Buy These Days
For Some Former Daimler Managers Daimler Is Authority, While Tesla Is Like a Startup
END_OF_DOCUMENT_TOKEN_TO_BE_REPLACED