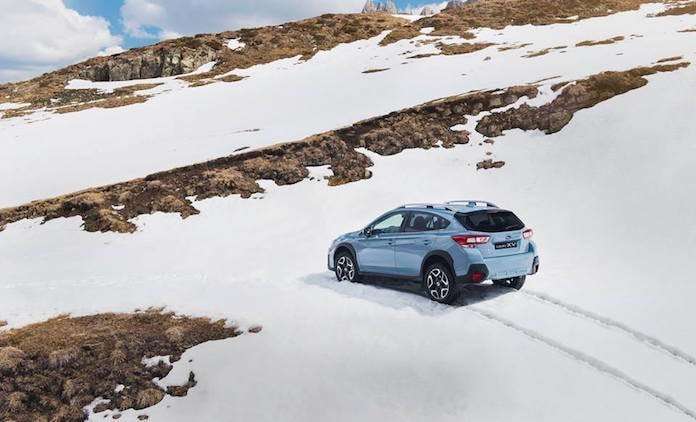 New Subaru Crosstrek Is “BestRide of The Year”; More Than a Cute CUV

The all-new 2018 Subaru Crosstrek gets more accolades, and it’s more than a cute CUV.
Advertisement

Subaru scored a big win with the total redesign of the 2018 Subaru Crosstrek crossover. It’s more than just a cute CUV for city commuters. According to BestRide, it’s the best new model among the 12 vehicle classes they tested. The new Crosstrek took home their best new vehicle in the Subcompact Crossover/SUV category, and even more impressive, it wins “BestRide of the Year” honors too.

What makes the 2018 Crosstrek better than all these new vehicles?

The three journalists at BestRide, Nicole Wakelin, John Goreham and Craig Fitzgerald, said Crosstrek is more than a cute urban commuter. They praised it for its off-road abilities. John Goreham drove it on a Land Rover designed off-road course in New York State, and says, “I cannot imagine many owners will ever do the things I did in the woods with this great crossover. Its abilities are so far beyond what is expected for normal fishing, hunting, and off-road exploring it is hard to overstate.”

Craig Fitzgerald, editor at BestRide, says, “When I got in touch with Crosstrek owners to find out what they hoped would be improved in the updated 2018 Crosstrek, nearly every single item had been addressed.” Nicole Wakelin. says, “It’s a giant step up from the previous generation combining genuine off-road capability with on-road manners that make it equally good for the family road trip.”

This isn’t the first accolade for the new 2018 Subaru Crosstrek. According to OzRoamer’s annual Car of the Year (COTY) awards, the new-generation Subaru Crosstrek is the best all-wheel-drive vehicle under $45,000 (Australian) on the market for active families who want to get away from civilization. They also applauded the small crossover for its off-road abilities. And they should know with lots of rugged terrain in the Australian outback.

Subaru says about 33 percent of Crosstrek owners will take the all-wheel-drive vehicle off-road. It’s why they now offer the extreme X-Mode off-road feature on the new-generation model. The awards are beginning to roll in for the new-generation 2018 Subaru Crosstrek and it’s the “go-anywhere” attitude that is the common theme.