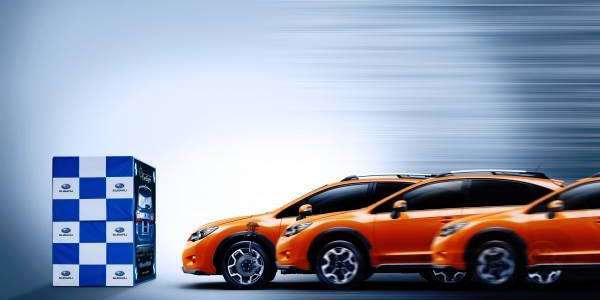 When it comes to pre-crash safety performance, the new 2016 Subaru Crosstrek and Impreza models excel. What test did they ace?
Advertisement

Fuji Heavy Industries (FHI), the manufacturer of Subaru automobiles, is all about building safe cars for consumers and the latest Japan New Car Assessment Program (JNCAP) prove that they are. Subaru announced that the 2016 Crosstrek (XV in Japan) and Impreza models equipped with Subaru’s unique EyeSight driver assist system, have received the top rating of Advanced Safety Vehicle-Plus (ASV+) in JNCAP’s preventive safety performance test.

This is not a surprise since all of Subaru’s EyeSight-equipped vehicles including Forester, Outback, WRX and Legacy that have also been tested in the assessment, have been awarded with the ASV+ designations. The WRX STI performance sedan and BRZ sport coupe are not equipped with EyeSight.

In the U.S., Subaru just received the highest standard of safety by IIHS. Subaru announced, when equipped with Subaru’s EyeSight driver assist technology, the 2016 Forester, Outback, Crosstrek, Impreza, WRX and Legacy are all 2016 TOP SAFETY PICK+ (TSP+) rated, along with receiving the highest possible rating of “Good” for five crashworthiness tests as well as “Superior” for front crash prevention.

In Japan, JNCAP’s preventive safety performance assessment was made tougher this year and now includes a rear visibility test for capability evaluation of displays that provide the driver with information captured by rear-facing cameras in addition to testing two systems, the Autonomous Emergency Braking System (AEBS) and the Lane Departure Warning System (LDWS).

Fuji Heavy developed the first EyeSight system in 2008 and it was the first system to use stereo camera technology to detect vehicles, pedestrians and cyclists. The preventative safety system includes pre-collision braking control and an all-speed range adaptive cruise control tracking function. Subaru now offers EyeSight technology in their vehicles around the globe and has expanded its use in North America, Australia, and Europe. The 2016 Subaru Crosstrek crossover and Impreza compact are the latest models to show EyeSight’s strong pre-crash safety performance.