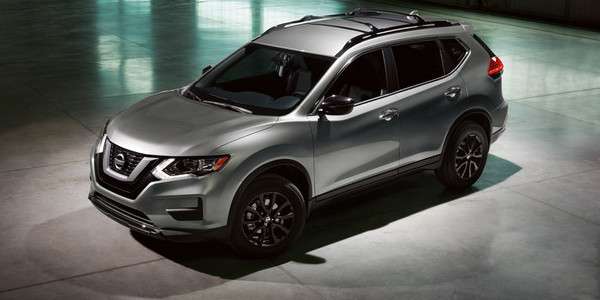 Nissan has announced a new 2017 Nissan Rogue Midnight Edition will be unveiled at the Chicago Auto Show 2017. The Japanese automaker will also feature five other special edition models from their lineup with the Midnight Edition package that was once only offered on the Maxima SR.

The new Midnight Edition will also be offered on five other Nissan models. The Sentra, Altima, Maxima, Murano and Pathfinder can also be had with the special trim package. Christian Meunier, senior vice president, Nissan Sales & Marketing and Operations, Nissan North America, Inc. says, “We’re creating a clear visual identity package across key models in the Nissan lineup, The high-optimized MSRPs for the Midnight Editions will be hard for buyers to pass up.”

The Midnight Edition package will be offered on 2017 Nissan Rogue SV trims, and has an MSRP of $990 US. The special edition Rogue will be in showrooms starting March 2017. It can be seen at the Chicago Auto show that runs February 11-20, 2017.

John Goreham wrote on February 9, 2017 - 5:28pm Permalink
I've seen the new Rogue a few times lately and it is the perfect size.

Panasonic Updates Profit Forecast, Noting How Much Tesla Batteries Help The Jump
2022 Porsche 911 GT3 Laps Nurburgring in 7:04 With Journalist Behind The Wheel
END_OF_DOCUMENT_TOKEN_TO_BE_REPLACED