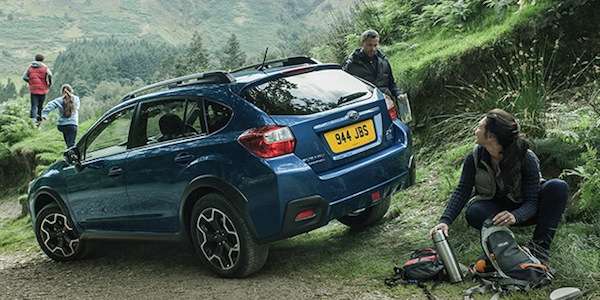 2015 Subaru XV Crosstrek hybrid and gas models earn the highest safety rating from the NHTSA. What makes XV safer than other crossovers?
Advertisement

Subaru is known for building the safest multi-use vehicles on the planet and the newest 2015 XV Crosstrek models follow in that tradition. Both the gas and hybrid crossover models have earned the highest safety rating from the Federal government. The highest five star rating comes from the National Highway Traffic Safety Administration. What were the test results?

Building safe vehicles is not new for Subaru. They’ve been committed to safety since the 60s when they began conducting their own tests long before there was any official testing being conducted. And beginning with their 2014 models, Subaru improved occupant protection in small overlap crashes by improving all of their 2014 models structurally. For Subaru, it begins in the design phase.

A design that gives superior protection

2015 XV Crosstrek models have been enhanced to provide better protection in the structure increasing cabin rigidity and absorbing impact energy from any direction. This is the design that gives the superior protection that enables all their vehicles to keep achieving these safety awards year after year.

The 2015 Subaru XV Crosstrek gas and hybrid models come standard with seven airbags, a driver's knee airbag, antilock brakes, stability control and traction control. All-wheel drive is standard on all Subaru models except for BRZ sports coupe. The IIHS has not rated 2015 XV Crosstrek yet, but the crossover will likely pass with the highest rating from them too. If you are looking for a safe multi-purpose crossover, take a look at the new Subaru XV. 2015 XV Crosstrek gas and hybrid models will begin arriving in North American Subaru showrooms this fall.