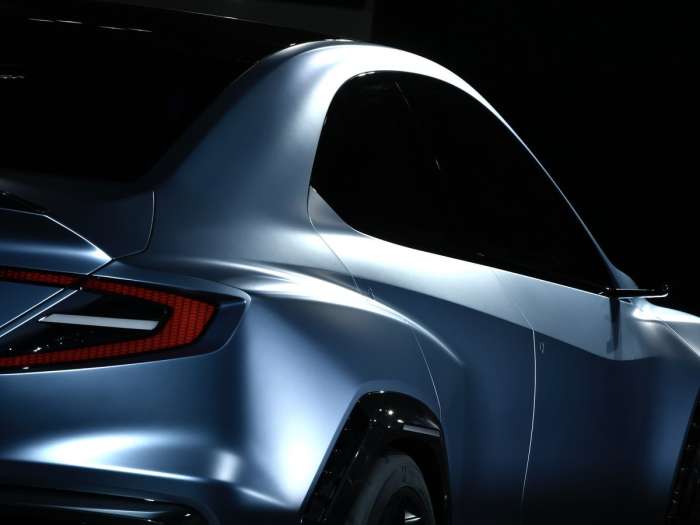 There are rumors out there about Subaru producing a new mid-engine hybrid sports coupe. Here’s why the rumors are just wishful thinking.
Advertisement

As much as Subaru performance fans would like to see Subaru produce a vehicle like this, we need to squelch these rumors because the Japanese automaker has no plans to build a production vehicle like this. It’s all wishful thinking.

Subaru is the smallest Japanese automaker and even if they wanted to, they don’t have the financial resources to bring this car to production. It’s just too expensive and doesn’t make sense for the small automaker to bring out a vehicle like this that would produce limited sales.

Tom Doll, President and Chief Operating Officer of Subaru of America, in an interview at the New York Auto Show 2016 told Motoring, “I don’t know where they’re getting their information from. I would like to know their source. Anybody can say anything, right?” he said, squelching the rumors about the mid-engine sports car.

Subaru Corp has limited resources and they only have so much extra money for R&D to go around. Subaru has been focused on developing their new Ascent 3-Row crossover, and they are also launching a new 2019 Crosstrek plug-in-hybrid later this year.

Subaru is also spending money on the next-generation WRX and WRX STI that will likely arrive in 2020-2021. The performance sedans are due for a complete remodel and fans are hoping for changes like the 5-Door hatch body style to return and a new turbocharged power plant under the hood. It all takes money and even those changes have not been confirmed by Subaru. Don’t look for any new mid-engine sports coupe from Subaru, it’s just wishful thinking.